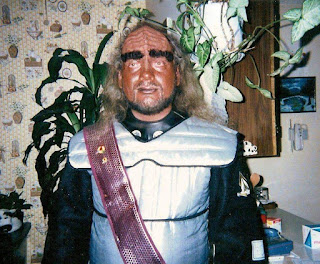 TEAM HOPE SIR RICHARD AND ETC.
Hello, my name is Richard Abbenbroek
http://www.youtube.com/watch_popup?v=2kZASM8OX7s
Oh, the above is my Most Favourite Song & Life’s Celebration Song!
My Team Coordinator Susan Morrow wrote the below about me in our Team Hope Monday News letter one day and I thought why not insert it here as I tend to ramble and she explains better and much shorter!

“With immense gratitude and affection, I present Richard Abbenbroek as Team HOPE’s volunteer of the week. Since 2003, Richard has been an ardent and diligent member of the Team HOPE family, his “adopted” family as Richard lovingly describes us.
While I know many of us know Richard well and in fact we call him “Sir Richard”. There are a few wonderful and perhaps, unknown tidbits that I would like to share about our delightful cousin from Canada. As we remember from going through Team HOPE training, we were asked to provide our fingerprints to the FBI. Richard, shall we say had a “concern” about being asked to give his fingerprints during his training in 2003 in Alexandria. The reason? He thought that somehow the FBI would learn as NCMEC checked his background that one of his ancestors assisted in burning of the White House during the War of 1812 along with the pillaging and burning the city of Washington, DC with his fellow Canadians. A historical note: we Americans and Canadians back then finally resolved our differences in December 1814 with the signing of the Treaty of Ghent and we have been loyal friends since.

Nevertheless, Richard wanted to become a Team HOPE volunteer so fervently that he worried about the direly past deeds of his ancient relatives. During training one night, while other Team HOPE volunteers to-be went to a local “hang-out,” Richard took a night bus tour of Washington DC. When he was the Vietnam memorial, he became so overcome with emotion that he started to cry, as he once served in the Royal Canadian Air Force. A US Nam Veteran who was there told Richard that “It’s OK, Brother” grabbed him which startled Richard and said come with me.” The Vet then took Richard up to a group of other Nam Veterans who did not believe he had never been in Vietnam. Richard continually said that he was just an ex-Canadian Air Force person who had served only in Canada. The Nam Veterans thought Richard was just in denial and gave him a wooden nickel, which said;
“Welcome Home, Brother!”

Along with his commitment to Team HOPE, Richard volunteers his time and heart admirably to other organizations and human crises. To those in need of a supporting hand, Richard is there to help. For a number of years, Richard was a Volunteer Intake Worker with Child Find Alberta and supported parents of all missing children 300 in total from 1989 - 2003. This position ultimately paved the way for Richard to become part of Team HOPE (as of this date Child Find Alberta plus Team Hope Referrals 300 + 108 = 408 Referrals that I have worked on to date).

He has also reached out via his church. When Hurricane Katrina hit the Gulf Coast in 2005, he traveled with his church as part of Samaritans Purse Canada to Gulfport/Biloxi, Mississippi. For two weeks, Richard and his team cleaned more than 70 resident homes, salvaging personal effects and restoring the surroundings. On another mission trip to South Africa, Richard worked with his team on behalf of the Zulu people addressing their housing and general living needs and installing a computer lab in a local High School. As Richard says, while his help and others are “drops in the bucket,” they are “planting seeds that one day will make a difference!”
Oh by the way I am from Calgary Alberta Canada. 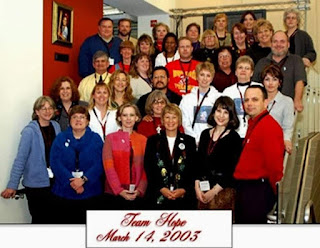 Posted by Sir Richard The Bayo-Hunter at 9:55 AM