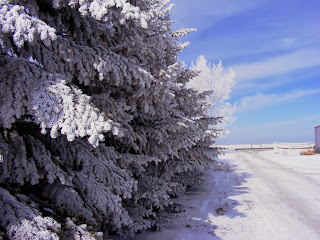 IT’S CHRISTMAS!
Some of you I just do not understand?
Yes, maybe I am boring, but are the poor & starving boring?
Are the abused, mistreated boring? What is wrong with you?
Yet I forgive you in my and our FATHER GOD’s NAME…
Because I LOVE you and you deserve it. Amen…

O divine master grant that I may
not so much seek to be consoled as to console;
to be understood as to understand;
To be Loved as to Love
For it is in giving that we receive;
it is in pardoning that we are pardoned.
And it's in dying that we are born, to eternal life.
Amen…

MERRY CHRISTMAS!
From,
Sir Richard
P.S. From My friend Sarah McLachlan
My holiday gift of music this year is the "Prayer of St. Francis". This song is a version with the kids from Sarah McLachlan School of Music who also helped produce the video. You can download it here;
http://www.sarahchristmassong.com/
Please share. xo,s Sarah.

Posted by Sir Richard The Bayo-Hunter at 7:42 AM No comments: 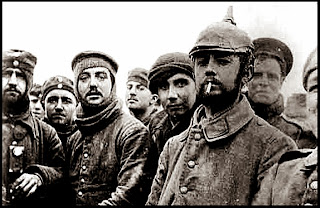 CHRISTMAS IN THE TRENCHES 1914 -
http://www.youtube.com/watch_popup?v=sfdOOCOQ9sk
COUSINS - THIS REALLY HAPPENED AND AS IT HAPPENED ONCE,
GOD WILLING MAY IT HAPPEN AGAIN - AND FOREVER AMEN!

MAY PEACE COME ONE DAY TO US ALL!
"Each Christmas comes since World War I have learned its lessons well.
For the one who calls the shots won't be among the dead and lame
and on each end of the rifle we're all the same..."

SO I WISH YOU ALL, "A VERY MERRY CHRISTMAS!"
with Love from Sir Richard...
http://bayo-hunter.blogspot.com/
Posted by Sir Richard The Bayo-Hunter at 11:49 AM No comments:

NELSON MANDELA IS WITH GOD NOW. 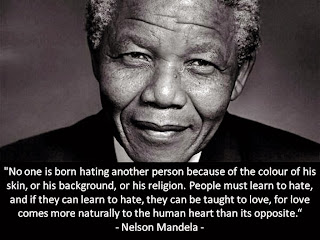 NELSON MANDELA IS WITH GOD NOW.
http://www.youtube.com/watch_popup?v=aBpMHxtZeMA
REST IN PEACE 46664 MADIBA!
GODS ANGELS ARE SINGING WITH THEE.
with Love,
from Sir Richard...
http://bayo-hunter.blogspot.ca/

Posted by Sir Richard The Bayo-Hunter at 2:22 PM No comments:

THE LOSS OF CAMELOT. 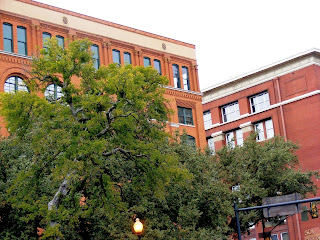 THE LOSS OF CAMELOT.
The beat of those sad cadence of drums for me are a life time forget me not.
http://www.youtube.com/watch_popup?v=3KJQkn6zUvM
Day after day, year upon year, now 50 years on.

So you see what is left in my “NIGHTMARE ON ELM STREET” photos.

NOW BACK IN TIME TO: November 22nd 1963...
My brother, sister and I are all at home this day quarantined with the mumps
and under the care of our Grandmother.
For my Mother is in the hospital waiting to give birth to our youngest brother.
It was around 11:30 AM Calgary time and we were watching a TV Show called Romper Room.
Miss Doobee (the main character), was just about to use her Magic Mirror which was her custom, just before she went to a commercial break.
After the commercial break the mirrors back would drop and Miss Doobee’s face would magically re-appear in side it.
At which time she would then mention all the kids names, who were having their birthdays that day. (she never did mention mine?)

This time when they cut back from commercial, Miss Doobee did re-appear on our RCA black and white TV set.
But minus the Magic Mirror and with a very strange look on her face?
Miss Doobee then began crying and blurted out “I’m sorry children as the President was shot!”
What the heck is this??

Now the picture went to the Indian Head test pattern screen that my brother
and I watched patiently every morning, for the TV broadcast to start that day.
My brother and I, at this time just sorta looked at each other????
As this was truly strange for an adult cry, but especially for Miss Doobee, who seemed so friendly and stoic, not at all like our mother for the last 9 months who due to her pregnancy cried all the time it seemed.
CBC news then came on and they in turn, switched to a new TV station called CBS and some guy named Walter Cronkite?
Both the man and the TV network we did not know, as Calgary Canada at that time only had 2 TV networks, CFAC/CBC and CTV.

I was riveted for the next 4 days and that night when my Dad came home from his work.
I noticed that he was a little dejected, as if some had happened but I dare not ask why?
My brother and I watched it all, on through to the funeral that Monday.
We were so impressed with the formalities, that we found a large toy to use as
a make shift coffin and then did our own re-enactment of JFK's funeral, drums and all.
This of course only horrified our very Anglican Grandmother, who in turn threatened us with a spanking, if we did not stop our dis-respectful funeral game!!!

President John F. Kennedy's assassination has stayed in my memory all my life.
As the muffled drums, I can still hear, to this day...
http://www.youtube.com/watch_popup?v=3KJQkn6zUvM

JFK Quote:
This is an extraordinary country. George Bernard Shaw, speaking as an Irishman, summed up an approach to life: Other people, he said "see things and . . . say 'Why?' . . . But I dream things that never were-- and I say: 'Why not?'"
Posted by Sir Richard The Bayo-Hunter at 8:21 PM No comments:

JUST SOME OF MY EARTH ANGELS 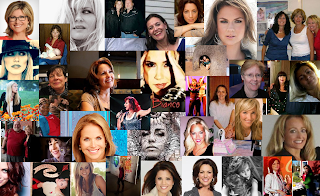 THESE ARE JUST SOME OF MY EARTH ANGELS
WHO
ARE HELPING ME THROUGH MY ILLNESS
“Thank You!”
NOW WITH LOVE FROM MY HEART
http://www.youtube.com/watch_popup?v=jVbkz_3lO3c
Does Love from your heart go out or just dissipate like chimney smoke?
Is it rock hard like granite, lasting for all of our eternities.
Till weather and time breaks it down to sand?
Do you stop Loving someone that you once Loved or have lost?
I think not, for you store it and bring it out like a photo album.
To view and at times even share but it is always stored and is never lost.
Can you Love more than one person,
or is your personality like that of a single railway track?
Never diverting only going one direction and never to be shared,
I think not.
Love, is like the spokes of a bicycle wheel.
Racing out to as many as one needs to move on and always centered back.
To the heart of the matter, back to the centre of your heart...
http://www.youtube.com/watch_popup?v=UV4F2yfEt9o
Written by,
Sir Richard...
With Love and all that heaven will allow as I am so Blessed!
http://bayo-hunter.blogspot.com/

Posted by Sir Richard The Bayo-Hunter at 11:41 AM No comments:

THE PAUSE OF MR. CLAUSE 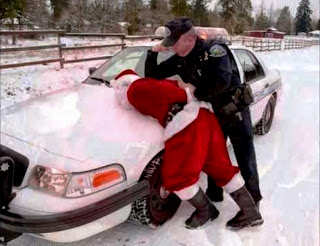 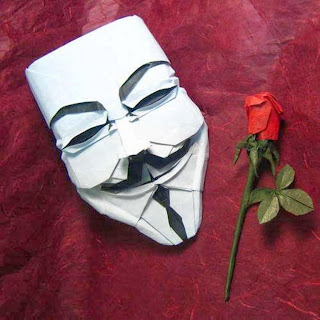 
Send a Text, Email, phone & say something to attract the NSA & jam it!

BECAUSE Freedom of speech is the political right to communicate one's opinions and ideas using one's body and property to anyone who is willing to receive them. The term freedom of expression is sometimes used synonymously, but includes any act of seeking, receiving and imparting information or ideas, regardless of the medium used. In practice, the right to freedom of speech is a right for any individual in any country and this right is commonly subject to limitations, such as with libel, slander, obscenity for example inciting ethnic hatred, copyright violation, or violence against another for any reason!


V: I can assure you that I mean you no harm


V: Who? Who is but the form…following the function of “what”, and what I am is…a man in a mask


Evey: Well I can see that.


V: Of course you can. I’m not questioning… your powers of observation, I’m merely remarking on the paradox… of asking a masked man… who he is.


V: But on this most auspicious of nights, permit me then, in lieu of the more commonplace soubriquet, to suggest the character…of this dramatis persona.


Voila! In view a humble vaudevillian veteran cast vicariously as both victim and villain by the vicissitudes of Fate. This visage, no mere veneer of vanity, is a vestige of the vox populi, now vacant, vanished. However, this valorous visitation, of a by-gone vexation, stands vivified…and has vowed to vanquish…these venal and virulent…vermin van-guarding vice…and vouchsafing… the violently vicious…and veracious violation…of violition!


The only verdict is vengeance…a vendetta, held as a votive, not in vain, for the value and veracity of such… shall one day vindicate…the vigilant…and the virtuous. Verily, this vichyssoise of verbiage…veers most verbose, so let me simply add…that it is my very good honor to meet you…


V: I’m quite sure they will say so. But to whom I might ask am I speaking?


Sent to you all with LOVE and to all I Pray that heaven will allow!


http://bayo-hunter.blogspot.com/
Posted by Sir Richard The Bayo-Hunter at 9:07 AM No comments: 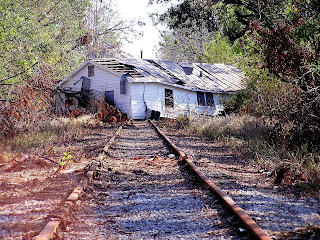 GONE, GONE, GONE.
http://www.youtube.com/watch_popup?v=oozQ4yV__Vw
REMEMBER: So should one day any of you find yourselves in the same fate, may I suggest that you remember all of your Good Memories of Blissful and Joyful moments in your own lives. I am most gratified to GOD and to all of you for the memories and joyful moments in my life.
SO TO YOU ALL; I THANK YOU!
THIS IS NO DRILL: http://www.mayoclinic.com/health/soft-tissue-sarcoma/DS00601/METHOD=print
As I will have an eternity with You my LORD GOD, as what a blessing that will be!
Also again I thank you all PPL, for all that you have given me.
Amen.
http://www.youtube.com/watch_popup?v=oozQ4yV__Vw
From
Sir Richard...
http://bayo-hunter.blogspot.com/
Posted by Sir Richard The Bayo-Hunter at 8:44 AM No comments:

HARVEST TIME IN ALBERTA AND YOU 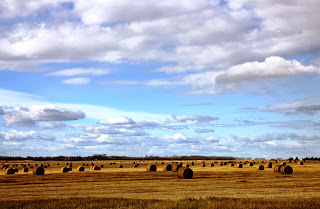 HARVEST TIME IN ALBERTA & YOU
http://www.youtube.com/watch_popup?v=n2MtEsrcTTs
Not much to do, except to clean up around the farm and think about you.
Though you have been gone a long time, my friend I thought I would have one more time of you to view.
We could sit around a good fire, or on the porch chat and laugh because I am still in Love with you.
My heart is so bundled up like the bales of hay, in the photo that I took today makes me think again about you...
Sincerely,
by Sir Richard...
Sent to you all with LOVE and to all I Pray that heaven will allow!
http://bayo-hunter.blogspot.com/
Posted by Sir Richard The Bayo-Hunter at 12:01 PM No comments:

PM pins onto his overalls Her Majesty the Queen's Jubilee medal 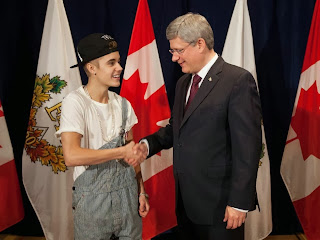 Your Excellency the Govenor General of Canada,
Mr. Justin Bieber gets carried up the GREAT WALL OF CHINA?
http://www.thestar.com/entertainment/stargazing/2013/10/01/justin_biebers_has_bodyguards_carry_him_up_to_the_great_wall_of_china.html
While our PM pins onto his overalls Her Majesty the Queen's Jubilee medal, http://blogs.canoe.ca/royalspectacle/royals/bieber-gets-a-diamond-jubilee-medal-and-wore-this/ and I ask WHY?
As I assisted in the recovery of 407 Missing Children, Through Child Find Alberta, National Center For Missing and Exploited Children I served in the R.C.A.F. and also either served in or as a parent served with 52, 604, 781, 538 R.C.A.C.S.. Volunteered for Samaritans Purse Canada assisted in Hurricane Katrina cleanup of 70 homes, and assisted in setting up computers for poor South African villages. Yet you give Justin Bieber with your blessing a medal for honouring in my opinion, for being a spoiled brat, he's not The Guess Who or Sarah Ann McLachlan who has helped Canadian Youth??? Now I am dying of Sarcoma Cancer, Heart Diseases and out of control Diabetes! Yes, maybe my fault but it happens. What is wrong with this picture? Give me the medal and others who deserve it for real! Like our Korean vets, or again Sarah Ann McLachlan as an examples. Your Excellency I expect an answer before I die, which will be soon.
Sincerely,
Richard Abbenbroek

Posted by Sir Richard The Bayo-Hunter at 9:59 AM No comments: