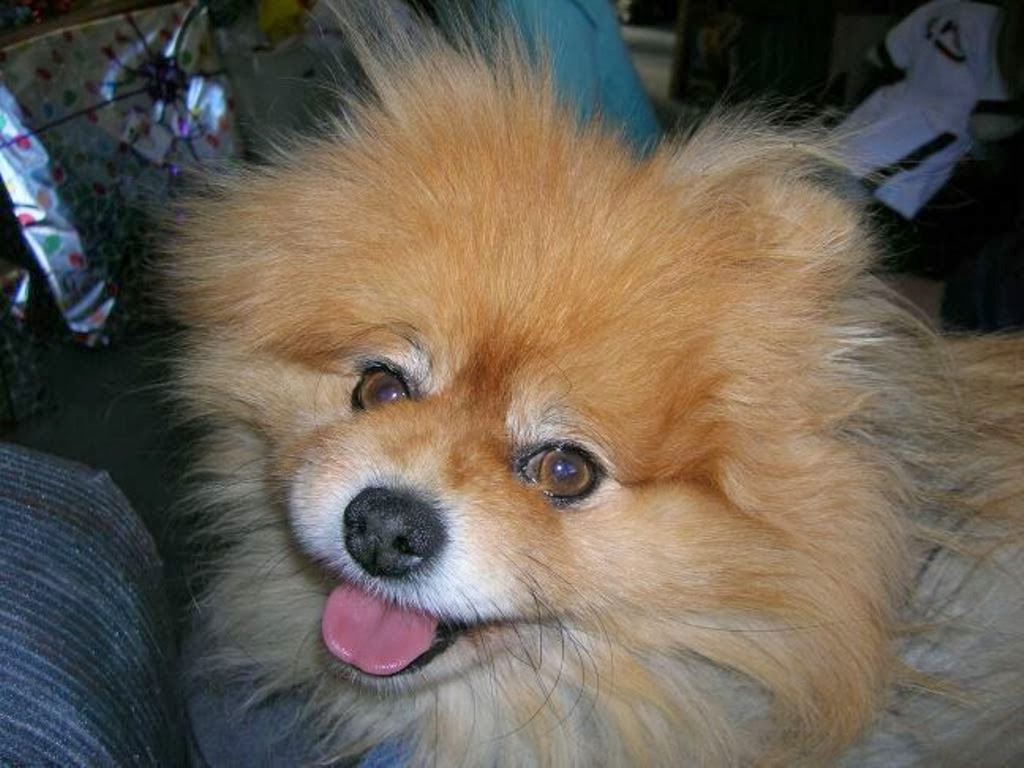 TRIBBLE REBA ABBENBROEK - FIVE YEARS LATER
October 11th 1999 - February 21st 2009 http://www.youtube.com/watch?v=jwxPfaRm6bA
My eldest puppy whom I named Tribble Reba Abbenbroek had to be put down 5 years ago due to massive kidney failure.
Tribble basically would have required a transplant to correct this problem. Sorry Tribb, we have not forgotten you but Mommy and Daddy have been busy of late.
For on that day I held Tribble as the Doctor put her down and then I then went to pieces. Even though there was no hope for improvement, I still feel as if I murdered her. My belief is that all good dogs go to heaven and this is where I believe Tribble is right now waiting for me.
Many people would say, "hey", it's just a dog but Tribble was never just a dog.
For us she is family and I loved her so!
So I need not apologize for feeling so sad, as I do right now.
Well folks, forgive me if this note bothers you, but I had to share today's remembrance with you all. For my Tribble Dog, I dedicate this song for this is how I feel: http://www.youtube.com/watch?v=jwxPfaRm6bA
From Tribble's Daddy - Sir Richard... http://bayo-hunter.blogspot.com/
Posted by Sir Richard The Bayo-Hunter at 9:10 AM No comments:

Labels: Alison Krauss & Union Station ~ There Is a Reason 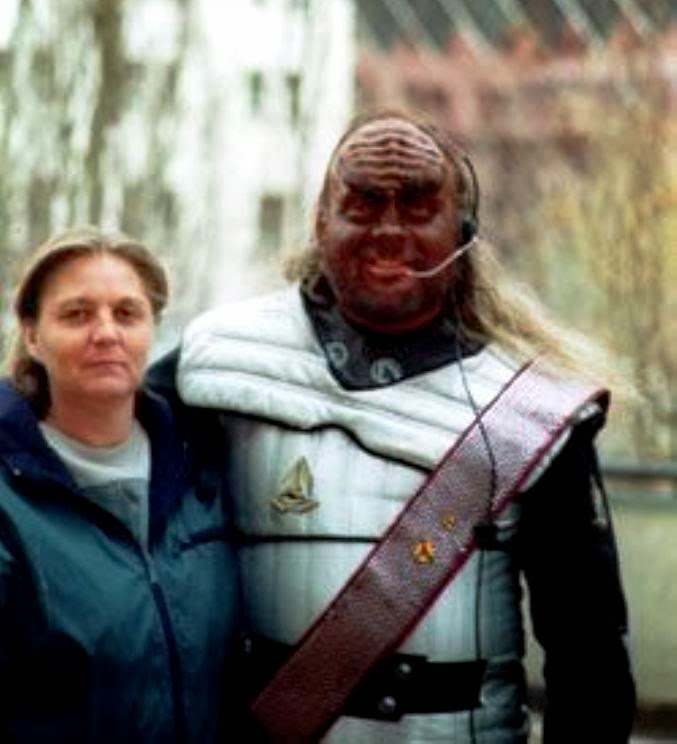 WITHOUT JOYCE
http://www.youtube.com/watch?v=E4SYYQ18xE4
They say that behind every man there's a Great Woman!
In my life this is so true, as what I have become and all that I am would never have happened without Joyce.
Sure, many other dynamics and people come into my ongoing growth as a male member of the Human Race
Though Without Joyce:
As she always said to me, the fires of Hell could well be licking at your toes and so Joyce centered my quest to find the Comfort and Love that is Jesus Christ.
Without Joyce:
I would never have learned about computers and how to make pictures on a dot matrix machine, then go on to night school. Make it into IT at the Calgary Public Library.
Without Joyce:
I took my knowledge of the computer and used it to assist in the building of a Computer Lab in a High School in Bhekulwandle South Africa.
Without Joyce:
I would never had the time that I needed with nightly/weekly communications to assist 407 Parents of Missing Children.
Without Joyce:
I could never go to the Gulf of Mexico and assisted in recovery work for 70 Hurricane Katrina ravaged homes.
Without Joyce:
The most important, is she LOVES ME LIKE NO OTHER HUMAN and taught me to share this LOVE with many who needed it and even those who may deserved it not. That is what GOD taught both Joyce and I.
Without Joyce:
I would never had even the simple joy of my own puppy dog…’s
Without Joyce:
Like legal age once was, twenty one years for us together have gone by, eyes blinked, we wink, traveled life’s roads long as we can travel on. Been there, done that, made it through pee your pants giggles and strife.
Another night at home alone,
Without Joyce:
Richard…
http://www.youtube.com/watch?v=ABYJo53mHHQ
Posted by Sir Richard The Bayo-Hunter at 1:49 PM No comments: 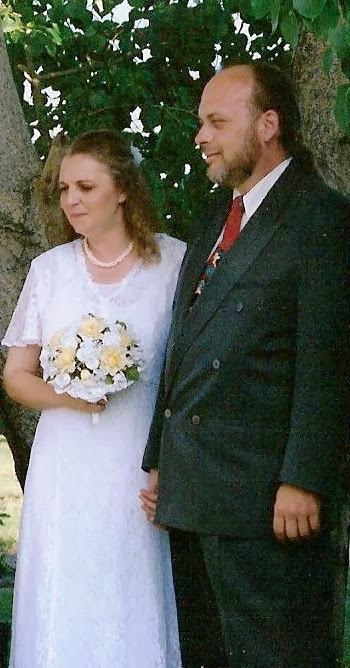 PLEASE?
http://www.youtube.com/watch?v=k7FRbeaXjvk
PLEASE PRAY FOR MY WIFE JOYCE!
Pray to our FATHER GOD, JESUS CHRIST & HOLY SPIRIT.
That once again her health improves and she becomes right.
Pray through whatever path that YOU take to GOD that you believe is your light.
Send good thoughts, light a candle, shine a light & re-centre her in the light.
As she is too young to go and needed for she is the LOVE of My
and Many other Lives’.
PLEASE?
Amen…
By
Her STM Richard…
Posted by Sir Richard The Bayo-Hunter at 9:44 AM No comments:

MY WIFE MY FRIEND THE LOVE OF MY LIFE… 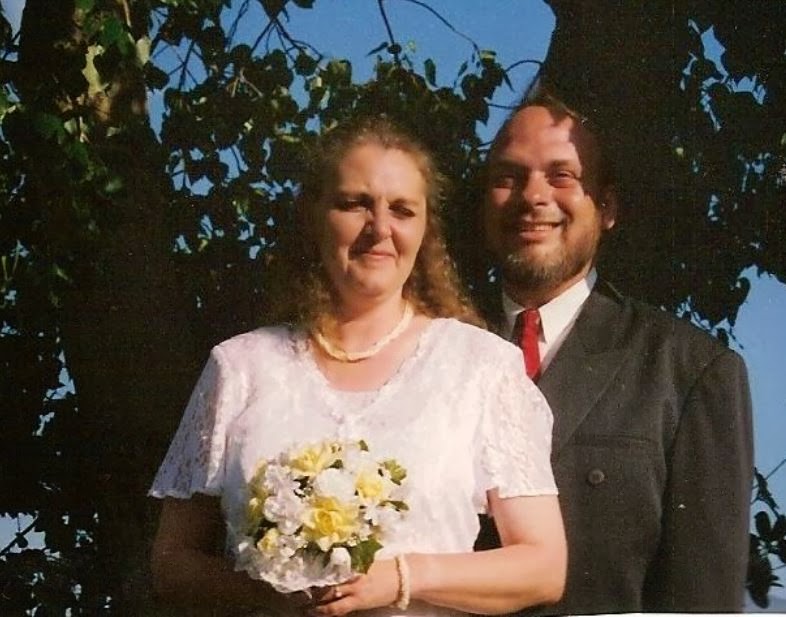 MY WIFE MY FRIEND THE LOVE OF MY LIFE…
http://www.youtube.com/watch?v=ABYJo53mHHQ
I stood by you and you by me on through,
The good and the bad, Loving and Sad,
After Death of people, even when our Kids and their Kids were bad.
Like legal age once was, twenty one years for us have gone,
Eyes blinked, we wink, traveled life’s roads long, as we can travel on.
Been there, done that, made it through pee your pants giggles and strife.
You have always been My Wife, My Friend, The Love of My Life…
Sincerely with Love from Your Stud Muffin,
Richard…
http://www.youtube.com/watch?v=E4SYYQ18xE4
Posted by Sir Richard The Bayo-Hunter at 11:50 AM No comments: 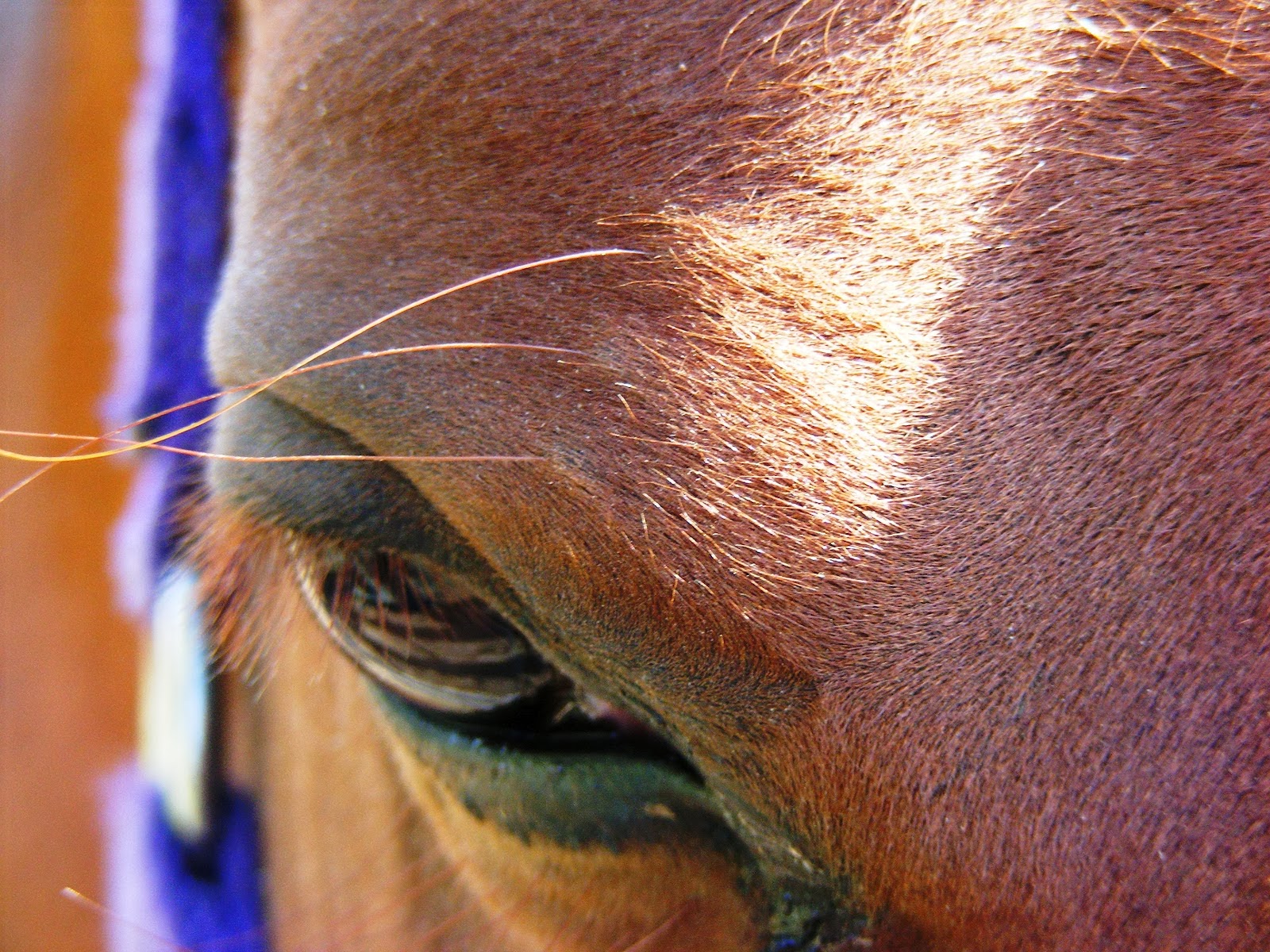 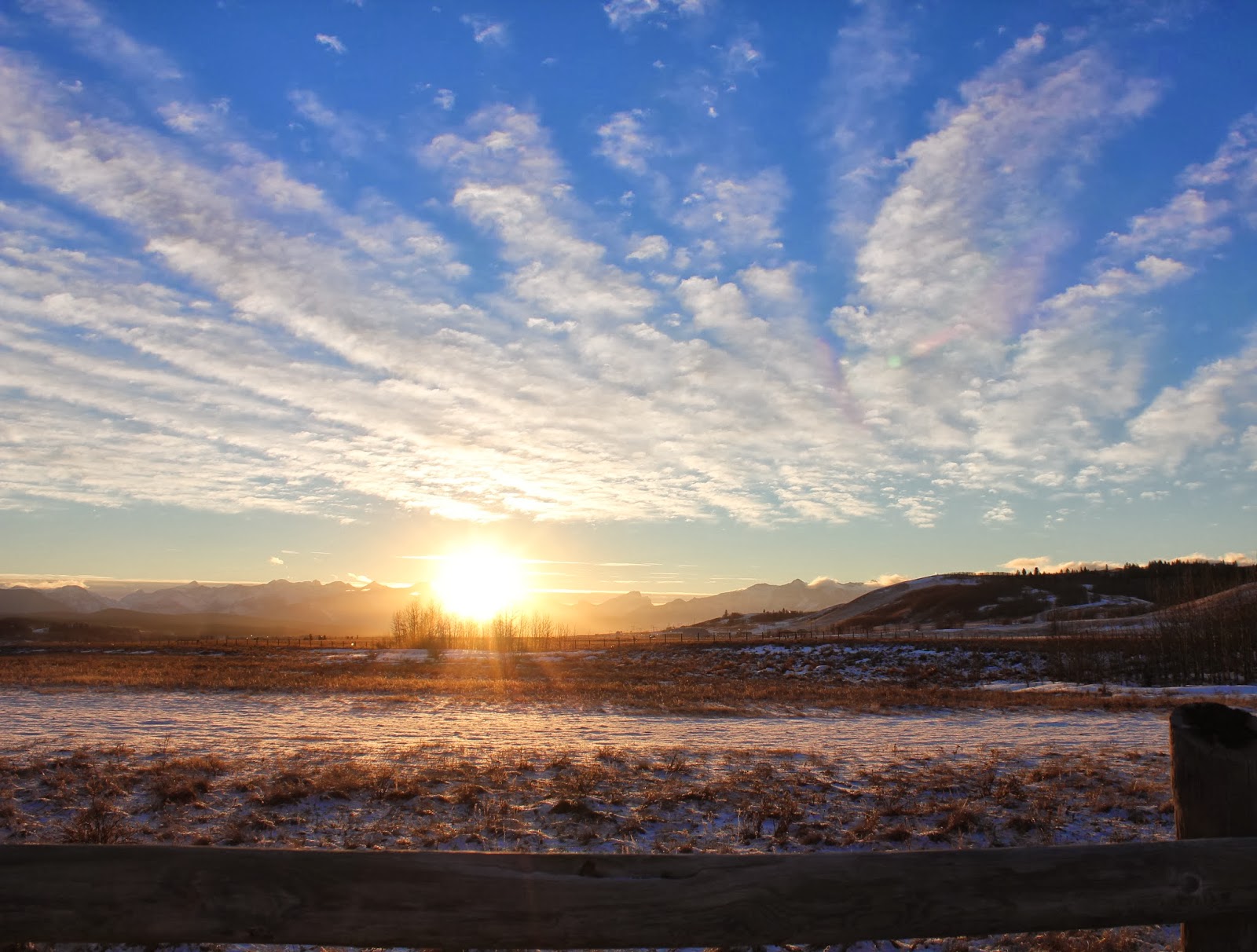 Hello folks,
I guess you might wonder why this Richard seems to always be in some sort of tragedy; he almost seems like your own personal sad sack of sorts. Sad Sack who is depicted in WW2 comics is an otherwise unnamed, lowly US army private experiencing some of the absurdities and humiliations of military life, all the time. Or why this Richard seems to have such a JOB from the Bible like existence but not quite as bad?
FAITH, yes one word I have come to understand is that as hard as it will be for me and at times all of us.
FAITH, that we have (for those who believe), are at times tested.
FAITH, well I have found the answer to my sad sack life, maybe the below examples also might relate to you:

No temptation has overtaken you except what is common to mankind. And GOD is faithful; He will not let you be tempted beyond what you can bear. But when you are tempted, He will also provide a way out so that you can endure it.
1 Corinthians 10:13

PERPETUA
Born around 181AD, Died around 7 March 203AD
Perpetua was a Christian noblewoman who, at the turn of the third century, lived with her husband, her son, and her slave, Felicitas, in Carthage (in modern Tunis). At this time, North Africa was the center of a vibrant Christian community. It is no surprise, then, that when Emperor Septimius Severus Augustus determined to cripple Christianity (as he believed it undermined Roman patriotism), he focused his attention on North Africa. Among the first to be arrested were five new Christians taking classes to prepare for baptism, one of whom was Perpetua.

Her father immediately came to her in prison. He was a pagan, and he saw an easy way for Perpetua to save herself. He entreated her simply to deny she was a Christian.

"Father do you see this vase here?" she replied. "Could it be called by any other name than what it is?"

"Well, neither can I be called anything other than what I am, a Christian."
In the next days, Perpetua was moved to a better part of the prison and allowed to breast-feed her child. With her hearing approaching, her father visited again, this time, pleading more passionately: "Have pity on my gray head. Have pity on me, your father, if I deserve to be called your father, if I have favored you above all your brothers, if I have raised you to reach this prime of your life."

He threw himself down before her and kissed her hands. "Do not abandon me to be the reproach of men. Think of your brothers; think of your mother and your aunt; think of your child, who will not be able to live once you are gone. Give up your pride!"

Perpetua was touched but remained unshaken. She tried to comfort her father—"It will all happen in the prisoner's dock as GOD wills, for you may be sure that we are not left to ourselves but are all in His power" but he walked out of the prison dejected.

The day of the hearing arrived; Perpetua and her friends were marched before the Roman Governor Hilarianus. Perpetua's friends were questioned first, and each in turn admitted to being a Christian, and each in turn refused to make a sacrifice (an act of emperor worship). Then the governor turned to question Perpetua.

At that moment, her father, carrying Perpetua's son in his arms, burst into the room. He grabbed Perpetua and pleaded, "Perform the sacrifice. Have pity on your baby!"

The Roman Governor Hilarianus, probably wishing to avoid the unpleasantness of executing a mother who still suckled a child, added, "Have pity on your father's gray head; have pity on your infant son. Offer the sacrifice for the welfare of the emperor."

Perpetua replied simply: "I will not."

"Are you a Christian then?" asked the Governor.

"Yes I am," Perpetua replied.

Her father interrupted again, begging her to sacrifice, but the Roman Governor Hilarianus had heard enough: he ordered soldiers to beat Perpetua's father into silence. He then condemned Perpetua and her friends to die in the arena.

Perpetua, her friends, and her slave, Felicitas (who had subsequently had been arrested), were dressed in belted tunics. When they entered the stadium, wild beasts and gladiators roamed the arena floor, and in the stands, crowds roared to see blood. They didn't have to wait long.

Immediately a wild heifer charged the group. Perpetua was tossed into the air and onto her back. She sat up, adjusted her ripped tunic, and walked over to help Felicitas. Then a leopard was let loose, and it wasn't long before the tunics of the Christians were stained with blood.

This was too deliberate for the impatient blood thirsty Roman crowd, which began calling for death for the Christians. So Perpetua, Felicitas, and friends were all lined up, and one by one, were slain by the sword.

POSTED IN FAITH FOR YOU BY,
Richard…
http://www.youtube.com/watch?v=DK2PL82Kc10
P.S. for at 2:20AM this morning I was given by GOD the answer to my question of questions. I praise Him for this blessing of FAITH... Amen.

Posted by Sir Richard The Bayo-Hunter at 10:03 AM No comments:

Labels: Blessings and Perfect Peace by Laura Story - Scripture Lullabies by The Peace Of God

I WILL BUT CRY 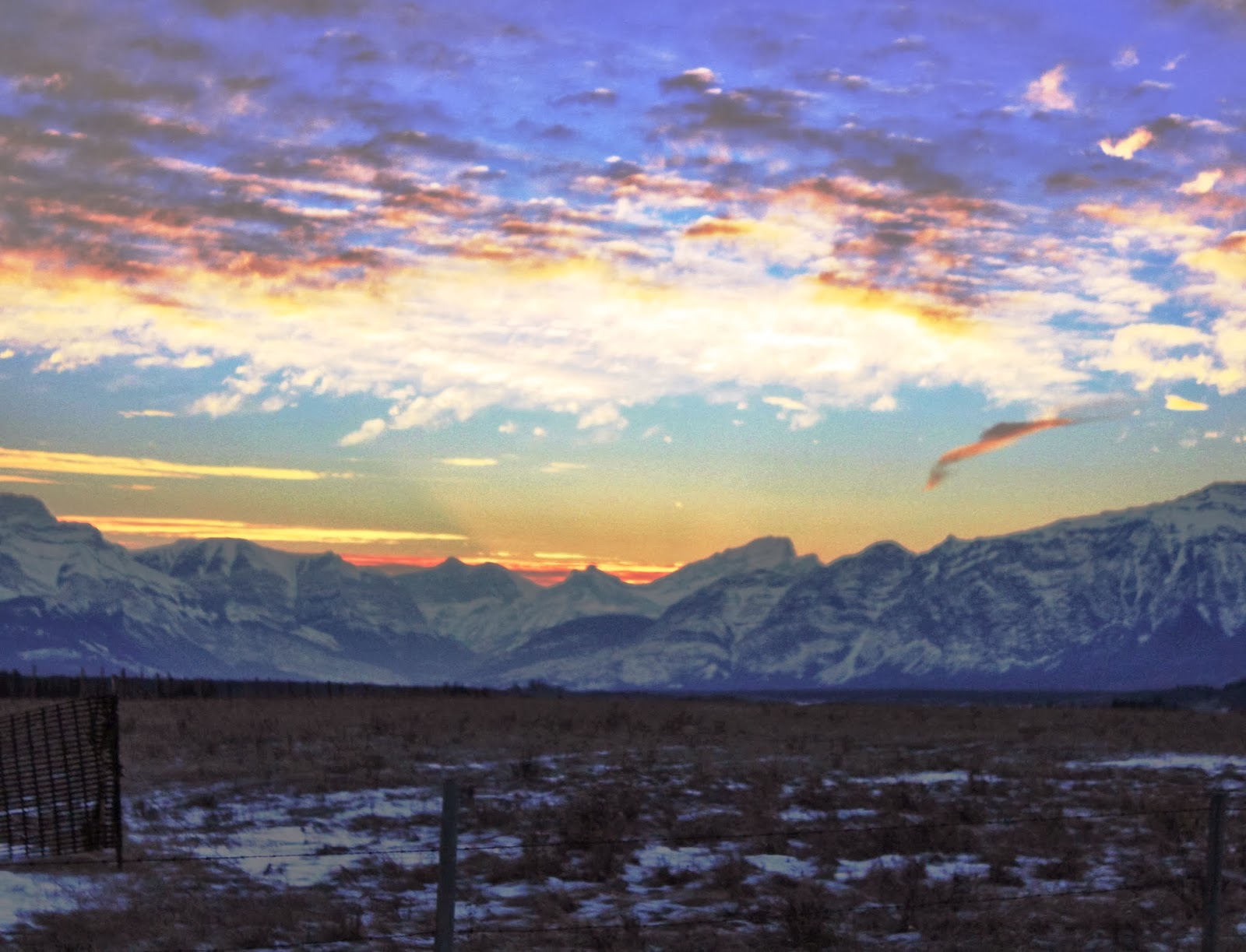 I WILL BUT CRY
http://www.youtube.com/watch?v=77Aiz0_BABs
When my life one day, starts to ebb and lay low.
Off to the mountains I shall go!
Where their spires of rock touch the sky,
On that day, so crowned they are with snow, so go shall I.
Brought to by our Lord to GOD’s Holy Throne, where I will go.
Telling all to Him, about my life as He already really does know.
Actually just to fill in the when, where and the why.
As tears of JOY, do fall from my face as I stand before Him,
I will but cry…

Written by
Sir Richard…
On this day of our Saviour Jesus Christ
February 6th 2014
Posted by Sir Richard The Bayo-Hunter at 12:52 PM No comments: 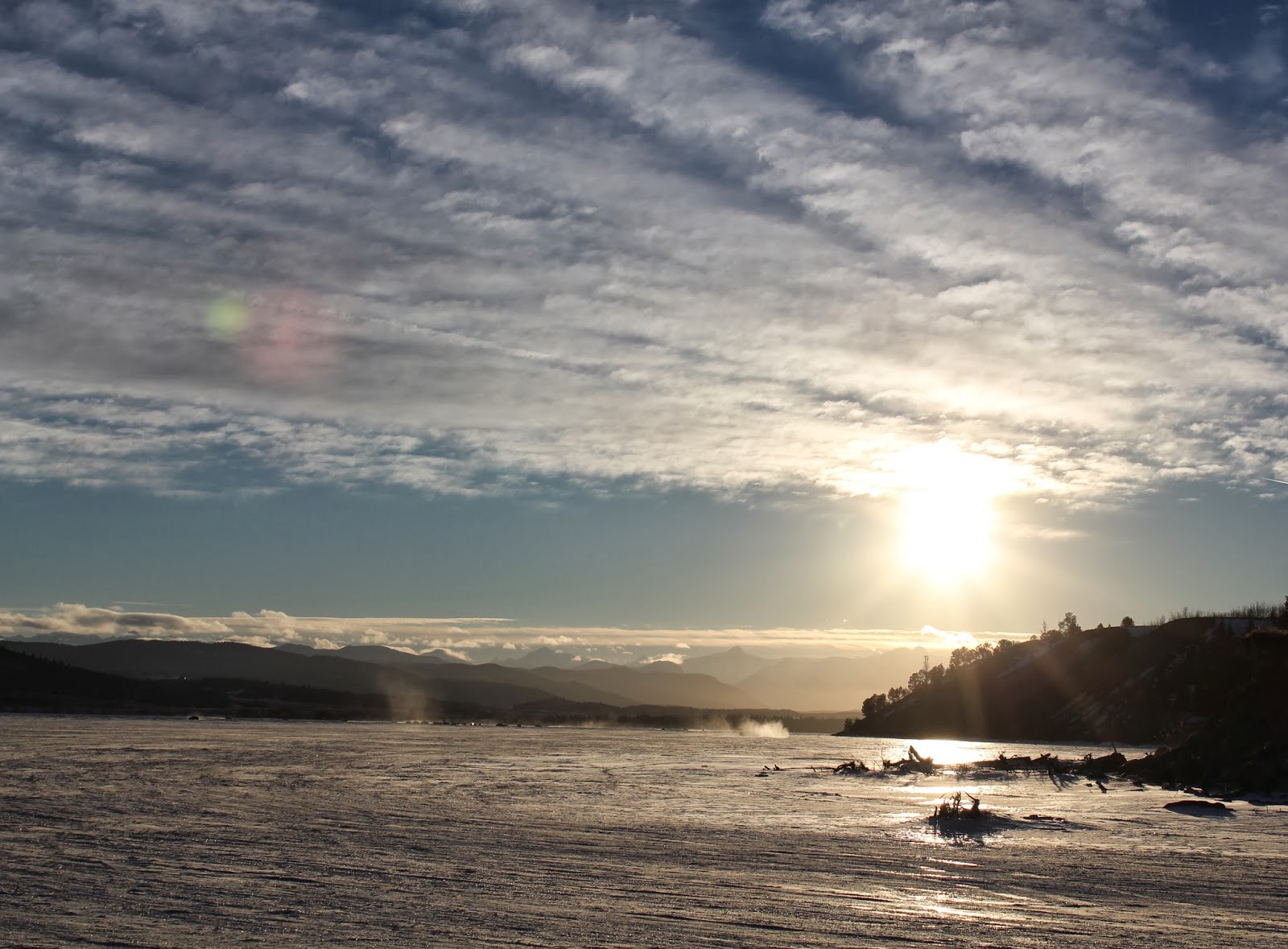 THE WALK (PLEASE LISTEN)
http://www.youtube.com/watch?v=LZLqcEQpt7E
Lord, I am walking your way.
Let me in, for my body tires and my feet are sore.
My clothes are torn and ragged.
Look into my eyes Lord, as my sins will play out on them, as on a screen.
From You I hide nothing, read them all.
I repent everything; forgive as only you my Lord, can.
Then send me back on my path, as I will walk on.
Until you Lord, call me home and bid me rest.
Amen...

Posted by,
Sir Richard...
P.S. when you drive on a Lake in winter like this. Keep your windows down, for if you break through, that is all that you will need to do! AS I AM A SKY PILOT...
Posted by Sir Richard The Bayo-Hunter at 3:09 PM No comments: