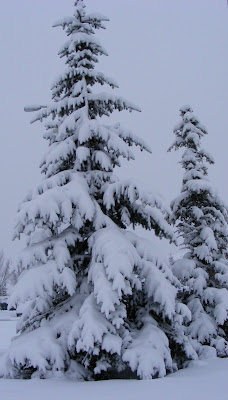 It is winter in Canada
and the gentle breezes blow.
Seventy miles an hour,
at thirty-five below.

Oh, how I love Canada,
when the snow's up to your butt.
When you take a breath of winter,
and your nose gets frozen shut.

Yes, the weather here is wonderful.
So I guess I'll hang around,
For I could never leave Canada,
cause I am frozen to the ground...

Sir Richard & Family
Posted by Sir Richard The Bayo-Hunter at 9:14 AM No comments: 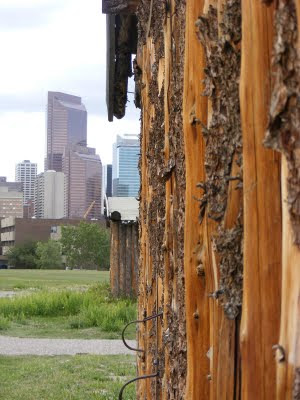 Of all the pleasures in my life, one of them is to sit by our church’s water display and think about God.
One day I was wondering as to why Satan did not see our Lord’s death on the cross and resurrection coming?
A thought came to me, which stated “it is because he can not tell the future”.

This led me to more thoughts about the power of God and Satan's war for our souls?
It's not just a killing here, a domestic dispute there, or the murder of a child.

The whole thing is much bigger than that.
Just take some evil act, happening every second of every day all over the earth and you can start to get the bigger picture.

For if God created the whole universe then evil plays a much more larger role than we all think it does in our personal small worlds, one that we can not really see.
Just take "War" as an example, for we have had one every year for millenniums:
http://www.scribd.com/doc/351941/WARS-How-Many-Have-We-Fought
From this you can see that Peace is fleeting at best and this is only but one endeavor of Satan.

In my younger days a Rolling Stone song “Sympathy for the Devil” haunted me with these lines:
“Pleased to meet you
Hope you guess my name, oh yeah
Ah, what's puzzling you
Is the nature of my game?”
http://www.youtube.com/v/vw1hFRL3XAo&hl=en_US&fs=1

Not that I get many biblical references from rock songs, but one can not help to be affected from moments, that come to your attention through daily events.
Still the question nagged me as to “Is the nature of my game?” part of these lyrics.

In Job 1:12 the Lord said to Satan “See, I give all he has into your hands, only do not put a finger on the man himself. And Satan went out from before the Lord”.
This means that all of Satan’s power comes from our Lord God, whose purpose I do not know.
God who made all of us and all things and by God, Satan was cast out of heaven.
Ezekiel 28:12-17

So what I believe, is that all this is because we have been given choice. After all, we are not just micro processors, which as you know, are all more or less all the same, with not much difference between them.

Another thought, is that all of Satan’s evil creations, which are only shadows and wisps of smoke, basically illusions. So to obtain anything from these illusions you are making the biggest of mistakes.
Illusions which only have inspired the likes of, Adolf Hitler, Pol Pot, Jeffrey Dahmer, child abductors and murderers to give only a few examples of followers of the 7 deadly sins. Proverbs 6:16-19.
Satan uses these illusions to entice us into doing vile things. For it is man who makes evil reality and by doing so, assists Satan in the mocking of God, another aspect of the bigger picture.
Even simple every day acts of cruelty and lies carried out by us are just as sinful as the murder of 6 million people, or the one.

So my advice to you my sisters and brothers is to be very, very careful as to what thoughts you put into practice.
For as the song says “Ah, what's puzzling you, Is the nature of my game?”
Take heed, as you can easily and inadvertently assist Satan in the mocking of God through the collecting of your souls...

By Sir Richard...
It’s one thing to know there is a God; it’s quite another to know the God who is.
As I am before God, mere "Writings in Dust"...
http://bayo-hunter.blogspot.com/

Posted by Sir Richard The Bayo-Hunter at 10:51 AM No comments:

Labels: Sympathy For The Devil - The Rolling Stones

Standing On The Edge Of Eternity 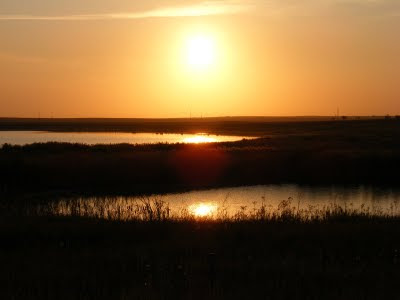 We're all standing on the edge of eternity, all the time, every day, an eternity we're all going to one day face. Our choice isn't about that. Our choice is about whether we want to go kicking and screaming or whether we might want to open our eyes and our hearts to Jesus Christ before we start to fall. http://www.youtube.com/v/Iuy7-c38Z6M&hl=en_US&fs=1&
From,
Sir Richard...
http://bayo-hunter.blogspot.com/
Posted by Sir Richard The Bayo-Hunter at 9:42 AM No comments: 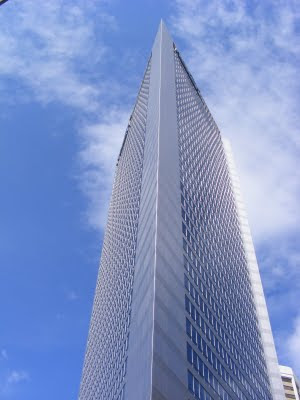 People say I'm crazy, doing what I'm doing.
They give me all kinds of warnings, to save me from ruin.
When I say that I'm O.K., well they look at me kind of strange,
Surely your not happy now, you no longer play the game.

People say I'm lazy, dreaming my life away...
Well they give me all kinds of advice, designed to enlighten me.
When I tell that I'm doing Fine, watching shadows on the wall.
Well don't you miss the big time boy, you're no longer on the ball?

I'm just sitting here making the wheels go round and round.
I love to watch them roll.
No longer riding on the merry-go-round.
I just had to let it go... 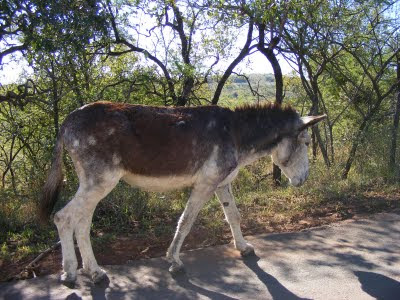 Posted For You.
by
Sir Richard...
http://bayo-hunter.blogspot.com/
Posted by Sir Richard The Bayo-Hunter at 9:34 PM No comments:

REMEMBER AND SUPPORT OUR TROOPS! 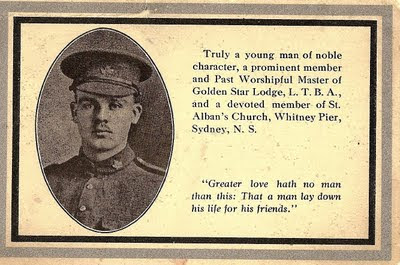 Who died at the 18th General Hospital, France, on the 6th day of September, 1916, from wounds received at the Battle of Courcelette part of the battle of the Somme, in the 21st year of his age.
For All Those who have served, are serving and for those who have suffered and paid the ultimate sacrifice for all of us!
REMEMBER ALWAYS!!
"Please Remember Me" http://www.youtube.com/v/VB8itzVuFKA&hl=en&fs=1
"Flowers Of The Forest" http://www.youtube.com/v/hqY79y-SCbA&hl=en&fs=1
SUPPORT OUR TROOPS!
from,
Sir Richard...
http://bayo-hunter.blogspot.com/
Posted by Sir Richard The Bayo-Hunter at 7:01 AM No comments:

Wars That Canadians Fought In 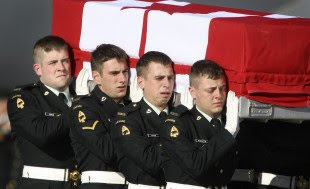 1. 3,837 Canadian men and 237 Canadian women served.
2. There were no Canadian casualties or prisoners of war during the Gulf War.

Since 2001, 133 Canadian Soldiers and 1 Diplomat have been killed in Afghanistan
http://www.theglobeandmail.com/news/national/his-work-begins-when-a-canadian-soldiers-life-ends/article1355070/
REMEMBER TO SUPPORT OUR TROOPS!
*****************************
They shall not grow old as we who are left grow old.
Age shall not weary them, nor the years condemn.
At the going down of the sun and in the morning,
WE WILL REMEMBER THEM.

In Rememberance from,
Sir Richard
http://bayo-hunter.blogspot.com/

And One day, may all Wars End.

http://www.scribd.com/doc/351941/WARS-How-Many-Have-We-Fought
This is a list of nearly all wars that man has fought from Pre-History to Present Day.

Posted by Sir Richard The Bayo-Hunter at 12:38 PM No comments: 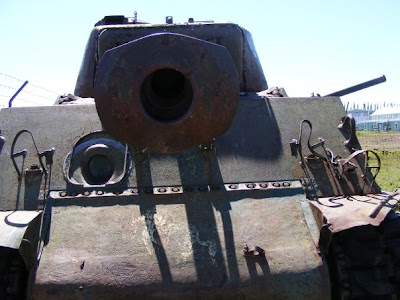 - War is really a vast open air factory where the hours are long, unions not permitted and safety conditions routinely flouted!
No more people died on this planet then would have died if they were not killed in a war. Only their descendants were eliminated, along with all other future possibilities...

A thought about Army Chaplains in WW1 1916:
A British soldier writes in reference, that the majority of chaplains never made it to the front line trenches; "Why should these men who are so fond of talking about heaven be so afraid to go through it's gates?"

One of the most famous criticized chaplains of this time was Bishop Winnington-Ingrm, known as the bellicose "Bishop of the Battlefields", who had already issued a call to "jihad", urging his fellows to "MOBILIZE THE NATION FOR A HOLY WAR"!
He was the leading voice among those chaplains, who "Prayed for victory and thundered from the pulpits for the enemy to be smitten hip and thigh but did not believe in doing any of the smiting themselves".

George Bernard Shaw remarked with withering scorn, "They have turned their churches into recruiting stations and their vestries into munitions workshops. As it has never occurred to them to take off their black coats and say quite simply, "I find in the hour of trial that the Sermon on the Mount is tosh, and that I am not a Christian. I apologize for all the unpatriotic nonsense that I have been preaching all these years. Please have the goodness to give me a revolver and a commission in a front line regiment!".

On the other hand, there were some chaplains who did bring forth the spirit of Christ on active duty, who were willing from the start to serve along side fighting soldiers in the front lines and tend to the wounded on the battlefield. As one soldier remarked about one of these chaplains, " it made us think a bit more of the chaplain, to see how he walked quietly under fire, assisting the slow-moving wounded".

After all what on earth could a chaplain do in a battle? They are bound to be hit and there was certain to be enough casualties without having a wounded chaplain to attend to," but then this sort criticism did not alter these chaplains determination to do what they felt to be their duty.
There were those who argued that these chaplains, "just threw their lives away!", then again by the same logic one who talked like this, would have said that Jesus squandered His.

A burial prayer for 1916 the chaplain/soldier went like this, "Lord, we thank Thee for the example of this brave man who gave his life for his country. Grant him eternal rest and so teach us to number our days that we may apply our hearts unto wisdom, Amen."