This gettin up early, pulling double shifts,
Gonna make an old man of me long before I ever get rich.
But I'm tryin.
It's been two years since we've finalized,
I still ain't used to puttin ex in front of wife.
But I'm tryin.
Send more money right away,
is pretty much all she has to say when she,
Calls these days and don't you be late!

I remember Daddy sayin keep your eye on the ball,
run like hell, play to win,
Get up when you fall!
I'm tryin.
Don't say nothin that you can't take back.
Never do anything you might regret,
No don't do that!
Daddy I'm tryin.

Know the difference between heaven and hell.
Go easy on the bottle be hard on yourself.
And I know he meant well.

There's always a mountain in front of me.
Seems I'm always climbin and stumblin.
And then fallin' .
And then climbin'.

But I keep on tryin'.

This gettin up early pullin double shifts.
Gonna make an old man of me long before I ever get rich.

Take away the control from the wicked! 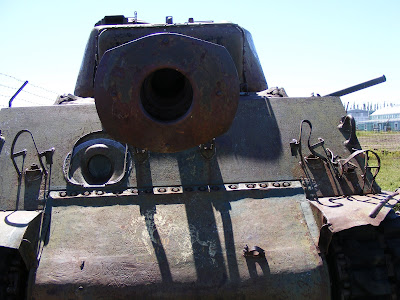 Below is my plagiarized version of the character Howard Beale's, 'Mad as Hell' speech, from the 1976 movie "Network".
For I think it applies today 2008:

I don't have to tell you things are bad.

Everybody knows things are bad.

It's sort of a World Wide depression.

There are many people who are out of work, or scared of losing their jobs. The dollar buys a nickel's worth; stock markets & banks are going bust, due to manipulation; shopkeepers keep a gun under the counter; punks are running wild in the street, and there's nobody anywhere who seems to know what to do, and there's no end to it.

What do we do?

We sit watching our Plasma TV’s while some TV Newscaster, tells us that today we had another homicide and many other violent crimes, as if that's the way it's supposed to be!

We all know things are bad, even worse than bad, as they are crazy!

It's like everything everywhere is going crazy, so we don't go out any more. We sit in the house, and slowly the world we're living in is getting smaller, and all we say is:

"Please, at least leave us alone in our living rooms. Let me have my microwave and my Plasma TV and my all weather steel-belted radials, and I won't say anything. Just leave us alone!"

Well, we should not leave anyone anywhere alone, to deal with this.

We should get mad about what is happening to us and our world wide neighbours.

All I know is that first, we've got to get mad enough about the horrors happening to others!

You've got say, "I'm a human being, they are my brothers and sisters, all of our lives have value!"

Think about it, God gave us a world that can feed, clothe and house all.

Let's share the love that He hardwired into all of us.

Take away the control from the wicked!

This was sent was sent to you by,

When the power of love overcomes the love of power,

the world will know peace...

Jimi Hendrix
Posted by Sir Richard The Bayo-Hunter at 2:38 PM No comments:

As I Wrote To A Friend

To give background to the below letter, my friend and I, were both put into positions of adulthood long before we were ready. So I wrote the below and I hope it is relevant to any who read:

After thinking about us both, I believe that we have choices and sometimes like you and I, events are thrust on us against our desires.
God takes care of people like you and I, by giving us the strength to handle all of this.

From this we became the dependable people that we are and yes, you are dependable.
I believe God also thrust us together as comrades not for fun but because we have a commonality and He loves us also, because our strengths from the past keep us going where others would have caved in like a house of cards.

We are all, men and women created in the image of God.
Fearfully and wonderfully made, fashioned as living icons of the bravest, wisest, most stunning Being.
Those who have ever seen Him, I have read, fell to their knees without even thinking about it, just as you find yourself breathless before the grand canyon or the rocky mountains or the ocean at dawn.
That glory was shared with us; as we are “statues of God walking about in a Garden,” endowed with a strength and beauty all our own.
All that we ever wished or could be, we were and are blessed with being fully alive. When I look at the night sky and see the work of His fingers on the moon and the stars that He, set in place what are we as mere humans, should we think that He did not care for us?

We have heard a bit about original sin, but not nearly enough about original glory, which comes before sin and is deeper to our nature.
We were crowned with glory and honour.
Why does a woman long to be beautiful?
Why does a man hope to be found brave?

Because if we remember and if only faintly, we remember that in His eyes we are more than we think we are now.
The reason one would doubt there could be a glory to their life is because that glory has been the object of a long and brutal war between God and evil.

That we both help the Lord to fight everyday, each in our own way, to our last of our breaths.

Please forgive me if I sound preachy my friend but I was touched with what you shared with me and believe that you and I, have much "In Commonality".

Posted by Sir Richard The Bayo-Hunter at 6:32 AM No comments:

How To Identify A Dangerous Religious Group 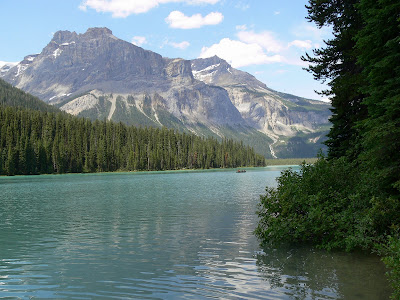 "If you can't think for yourself or make a decision, then you're in trouble. You are responsible for what you believe. If you can't walk away, then there's a problem, period." Those are the words of someone who has walked the descending staircase of a dangerous religious group.
There are thousands of cults and dangerous religious groups in North America, and one should be deeply concerned about their influence.
Almost all dangerous religious groups distort such basic doctrines as salvation by grace, the deity of Christ, or the principle of spiritual authority. Because of the public nature of the media I believe it is wisest to counter their distortions by teaching sound doctrine rather than directly attacking specific groups. Any attack on specific groups, no matter how tactful or well-motivated, can easily be misunderstood.
If directly asked regarding a particular group try to provide basic factual comparisons without judging the motives or character of its members or leaders.
Characteristics Associated with Cultic Groups
Concerted efforts at influence and control lie at the core of cultic groups, programs, and relationships. Many members, former members, and supporters of cults are not fully aware of the extent to which members may have been manipulated, exploited, even abused. The following list of social-structural, social-psychological, and interpersonal behavioral patterns commonly found in cultic environments may be helpful in assessing a particular group or relationship.
Compare these patterns to the situation you were in (or in which you, a family member, or friend is currently involved). This list may help you determine if there is cause for concern. Bear in mind that this list is not meant to be a “cult scale” or a definitive checklist to determine if a specific group is a cult. This is not so much a diagnostic instrument as it is an analytical tool.

‪- The group displays excessively zealous and unquestioning commitment to its leader and (whether he is alive or dead) regards his belief system, ideology, and practices as the Truth, as law.

‪- Questioning, doubt, and dissent are discouraged or even punished.

‪- Mind-altering practices (such as meditation, chanting, speaking in tongues, denunciation sessions, and debilitating work routines) are used in excess and serve to suppress doubts about the group and its leader(s).

‪- The leadership dictates, sometimes in great detail, how members should think, act, and feel (for example, members must get permission to date, change jobs, marry—or leaders prescribe what types of clothes to wear, where to live, whether or not to have children, how to discipline children, and so forth).

‪- The group is elitist, claiming a special, exalted status for itself, its leader(s) and members (for example, the leader is considered the Messiah, a special being, an avatar—or the group and/or the leader is on a special mission to save humanity).

‪- The group has a polarized us-versus-them mentality, which may cause conflict with the wider society.

‪- The leader is not accountable to any authorities (unlike, for example, teachers, military commanders or ministers, pastors, priests, monks, and rabbis of mainstream religious denominations).

‪- The group teaches or implies that its supposedly exalted ends justify whatever means it deems necessary. This may result in members' participating in behaviors or activities they would have considered reprehensible or unethical before joining the group (for example, lying to family or friends, or collecting money for bogus charities).

‪- The leadership induces feelings of shame and/or guilt in order to influence and/or control members. Often, this is done through peer pressure and subtle forms of persuasion.

‪- Subservience to the leader or group requires members to cut ties with family and friends, and radically alter the personal goals and activities they had before joining the group.

‪- The group is preoccupied with bringing in new members.

‪- The group is preoccupied with making money.

‪- Members are expected to devote inordinate amounts of time to the group and group-related activities.

‪- Members are encouraged or required to live and/or socialize only with other group members.

‪- The most loyal members (the “true believers”) feel there can be no life outside the context of the group. They believe there is no other way to be, and often fear reprisals to themselves or others if they leave (or even consider leaving) the group.

****************************
Matthew 7:15-23
"Watch out for false prophets."
They come to you in sheep's clothing, but inwardly they are ferocious wolves.
By their fruit you will recognize them. Do people pick grapes from thornbushes, or figs from thistles?
Likewise every good tree bears good fruit, but a bad tree bears bad fruit.
A good tree cannot bear bad fruit, and a bad tree cannot bear good fruit.
Every tree that does not bear good fruit is cut down and thrown into the fire.
Thus, by their fruit you will recognize them.
"Not everyone who says to me, 'Lord, Lord,' will enter the kingdom of heaven, but only he who does the will of my Father who is in heaven.
Many will say to me on that day, 'Lord, Lord, did we not prophesy in your name, and in your name drive out demons and perform many miracles?'
Then I will tell them plainly, 'I never knew you. Away from me, you evildoers!'
Posted by Sir Richard The Bayo-Hunter at 6:55 AM No comments: