THOU SHALT NOT KILL! 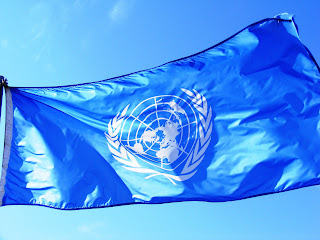 “THOU SHALT NOT KILL!” This is GOD’s Commandment for all in the Islamic, Christian and Jewish Faiths.
Killing is BAD no matter what form or reason that you have for murder or the wasting of a human life created by GOD.

For we the People of the Planet Earth, if we rely on ourselves we will find that we are all really addicted to our own wishful thinking, as we stagger from crisis to crisis with the foresight of two year olds. Just think of all the people who nearly brought us to a worldwide depression; financial parasites, greedy lenders, cowardly regulators, slick politicians and millions of gullible folks like you and I who lived on credit cards and thought they could also buy a house for nothing? Or the massive oil spill, where a soulless company was enabled by a spineless government that gave them what they wanted and a populace too blind to see that oil and gas has become our crack. For all of us this is a moral failure for us all on the most profound level, where everyone blames everyone else and No One looks into the mirror or relies on GOD for guidance. As He gave us choice! For we were Not created like a computer program, with only Yes or No thoughts but thinking beings that were given a clear choice of what is right or what is wrong!

After 9/11 what would have taken just a posse to bring Bin Laden to justice, we all let him slip through our fingers and hide for ten years. Then we invaded the wrong country, had the wrong Mad Man executed and lost all control and the lives of thousands because we lost control of the Truth.
“THOU SHALT NOT KILL!”

My hat is off to all the service people that we have sent over to Afghanistan and were in Iraq to do our countries bidding. Yes, the opposing forces are brutal and sadly they only seem to understand the word “STOP” after they have been riddled with pieces of metal. Though I would like to ask all the people involved, could this not avoided through talk instead of blood or do we continue to demonstrate as we have since Cain and Able that WAR and KILLING is the only way to put off Armageddon?

We have NO right really too KILL, as only GOD has that right! I have met many Parents of Murdered Children and though I understand their hatred for the ones who took their Loved Ones lives. Though some Child Killers cannot be reasoned with as they are mentally ill and just as with Bin Ladin, Saddam, Mladic, Munyagishari, Pol Pot, Mao Zedong, Stalin and of course Hitler. Would it not have been much easier if these animals were not all locked up in cages in some Security Max to ponder every day what they did? With No TV, no appeals and locked up forever until they meet GOD!
“THOU SHALT NOT KILL!”
http://www.youtube.com/watch_popup?v=DiWcDt8566g
A thought by Sir Richard…
http://bayo-hunter.blogspot.ca/
Posted by Sir Richard The Bayo-Hunter at 2:19 PM No comments:

Labels: Edwin Starr - War Country Joe and the Fish - What are we Fighting For 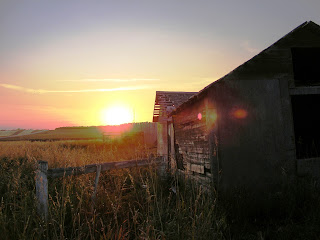 THE UNFORGIVEN
http://www.youtube.com/watch_popup?v=Fa8Q4cJGMKg
Talking about Good Men and talking about Bad Men, I guess that I would fit into the category, an Average Man. Not a Failure either, nor a Super Man, just an Average Man. Who Loved and was Loved and tried to make a little difference in this World! Who Loved many back and gave up on very few, just an Average Man who Loved most of you!
Written by Sir Richard…
Sent to you all with LOVE that I believe that I am commanded to share!
from Sir Richard...
http://bayo-hunter.blogspot.com/

Posted by Sir Richard The Bayo-Hunter at 10:31 PM No comments:

SOME ADVICE TO MY DAUGHTERS 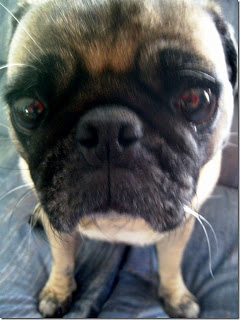 SOME ADVICE TO MY DAUGHTERS FROM THEIR OVER PROTECTIVE DAD:
http://www.youtube.com/watch_popup?v=HECZbIMg9u8
A SHARED COMMONALITY
My sweet girls, one night while I was talking to one of my families, who are missing a loved one.
It was brought up, that they did not know how I could do what I do?
That is, volunteer to work with people who are missing loved ones.
They said that they could never do this, ever!

I then brought up what they do for others.
For I know that they volunteer to comfort people living at a hospice.
I also informed them, that I could never do this, as I would be a blubbering mess!
As such, the only ones who would benefit from me would be the tissue makers.

Our commonality is what brought us together in the first place and that is.
We are now, or have had, someone We Love Go Missing.
Even though volunteering is another shared commonality of ours.
We both have individual strengths to assist others in need.

Commonality in caring and comforting and even giving those in need, Hope!
As we were both forged, out of the horrors and personal blows of each of our pasts.
Just the same as a sword is heated, folded, hammered again and again, within a master sword maker’s furnace we were both strengthened.
Through God’s will and then given a purpose, of a shared Commonality.

TO MY DAUGHTERS REMEMBER:
http://www.youtube.com/watch_popup?v=6vIzbK29Etw
"That the will of God will never take you, where the Grace of God will not protect you"
Vaya Con Dios!
With LOVE from, Sir Richard - AKA YOUR DAD :)
p.s. look in Lily's eyes and you'll see me...
http://bayo-hunter.blogspot.ca/
Posted by Sir Richard The Bayo-Hunter at 2:56 PM No comments: