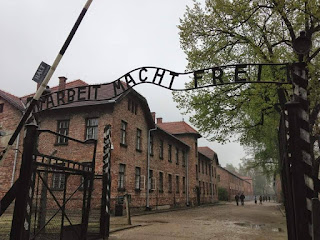 AUSCHWITZ 75th ANNIVERSARY OF LIBERATION
https://youtu.be/KylMqxLzNGo
NEVER AGAIN YET?
May GOD's Love and Mercy shelter the mass murdered of the Holocaust,
and may they rest in peace. AMEN!
FOR I (WE) SHALL REMEMBER THEM ALL EVERYWHERE,
TIME AND TIME YET AGAIN.
P.S. The actual translation of "Arbeit macht frei" on the Auschwitz gate entrance means either 2 things in German; "Work sets you free" or “Work Brings Freedom”.
On every camp they had this Satan inspired slogan and yes, you were worked to death and in death you would be Free. Which is not that far from the; "We who are about to die" Roman Gladiator slogan.
Though I do believe that all the people which the Nazi’s murdered,
their lives were not taken in vain.
As the Nazi railway time tables gave these people that were transported to the East trains priority #1. That allowed ammo and supply trains to lag. Even hospital trains transporting the wounded troops back to Germany were a low priority. Causing the needless deaths of many Nazi troops, hence Hitler's war effort got messed up big time by his priority #1 transportation of those poor souls to the East on the death trains.
A true World War effort to destroy the Hitler Beast and his Nazi minions of Satan!
The Camp People died not in vain but still it would have been better not to die at all!
I Pray that the murdered rest in peace and dwell in the house of the LORD forever. AMEN! 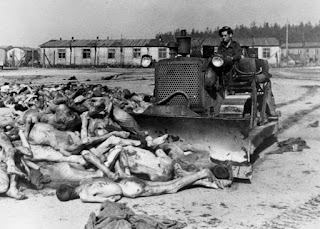