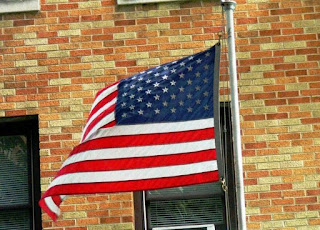 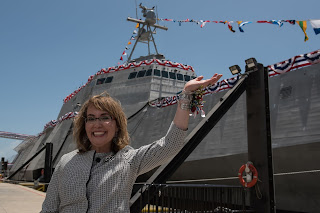 HAPPY 2019 - 4TH OF JULY TO MY AMERICAN COUSINS!
https://youtu.be/LUVyftgmqFk


NOW FOR A HISTORY LESSON:
In 1780 Massachusetts’s patriot John Adams wrote to his wife Abigail, outlining his vision of how American culture might evolve:
"I must study politics and war," he prophesied so "that our sons and daughters may have liberty to study mathematics and philosophy." They will add to their studies geography, navigation, commerce and agriculture. He continued, so that their children may enjoy the "right to study painting, poetry & music"
12 SUPRISING FACTS FOR THE 4TH OF JULY!
Everyone loves Independence Day, the quintessential American holiday, full of parades, picnics, and surprising facts?
You bet!
Be the life of the party share a few of these tasty nuggets of knowledge with your fellow picnickers this year:
1. Independence Day commemorates the formal adoption of the Declaration of Independence on July 4, 1776. However, it was not declared a legal National Holiday until 1941.
2. The signing of the declaration was not completed until August 1776, the Fourth of July holiday has been accepted as the official anniversary of U.S. independence.
3. Uncle Sam was first popularized during the War of 1812, when the term appeared on supply containers. Believe it or not, the U. S. Congress didn't adopt him as a national symbol until 1961.
4. There are many precise rules for taking care of the American flag. And speaking of flag traditions, we're sorry to report that contrary to legend, historical research has failed to confirm that Betsy Ross sewed the first flag.
5. Not all members of the Continental Congress supported a formal Declaration of Independence, but those who did were passionate about it. One representative rode 80 miles by horseback to reach Philadelphia and break a tie vote in support of independence.
6. The first two versions of the Liberty Bell were defective and had to be melted down and recast. The third version rang every Fourth of July from 1778 to 1835, when, according to tradition, it cracked as it was being tolled for the death of Chief Justice John Marshall.
7. The American national anthem, the "Star-Spangled Banner" is set to the tune the English song ("To Anacreon in Heaven").
8. The iron framework of the Statue of Liberty was devised by French engineer Alexandre-Gustave Eiffel, who also first built the Eiffel Tower in Paris France.
9. The patriotic poem "America the Beautiful" was published on July 4, 1895 by Wellesley College professor Katharine Lee Bates*.
10. 1777, the first Fourth of July commemoration was celebrated in Philadelphia with bonfires, bells and fireworks. The next year, 1778 General George Washington celebrated with a thirteen-cannon-salute, one for each of the 13 colonies, along with a double ration of rum for his troops as they were in camp and out of town.
In 1779 the holiday fell on a Sunday, so it was not celebrated as this was the LORD’s Day but it was celebrated the next day Monday July the 5th.  In 1870, the U.S. Congress made Independence Day an unpaid holiday for all Federal employees and in 1938 the U.S. Congress changed Independence Day to a fully paid Federal Holiday.
11. The Father of the country as he became to be known, as one of the architects of the country President George Washington held his first public office at the tender age of seventeen and continued in public service until his death in 1799.
12. In 1799 upon the death of President George Washington, though adversaries, King George the III during one of his more stable moments ordered all Royal Navy Ships to lower their flags to half saff, as a show of respect for the late President.

Labels: Bailey James Singing the National Anthem., Canadians are not the nice ones | Rob Bebenek