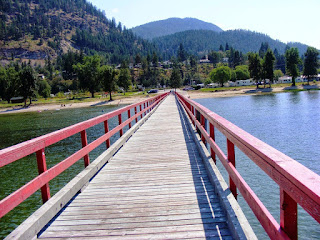 What makes a man who he is? Is it the worst things he's ever done, or the best things he wants to be? When you find yourself near the end zone of your life and you're nowhere near of where you were going, how do you find the way from the person that you've become to the one you know you could have been? Again, for me I was blessed with Joyce behind me, loving me and all the way, though it flew by!
Oh, I read the mean letters, heard the sad stories gave them all time and in the name of; JESUS CHRIST.
past it by to forgive but not to forget. Joyce was suited for me and I suited her; we were - a pair.

*** In the day of our LORD, they made an accused woman her stand before the group and said to JESUS, “Teacher, this woman was caught in the act of adultery. In the Law Moses commanded us to stone such women. Now what do you say?” They were using this question as a trap, to have a basis for accusing him.
But JESUS bent down and started to write on the ground with his finger. When they kept on questioning him, he straightened up and said to them, “Let any one of you who is without sin be the first to throw a stone at her.” Again, JESUS stooped down and wrote on the ground.
At this, those who heard began to go away one at a time, the older ones first, until only JESUS was left, with the woman still standing there. JESUS straightened up and asked her, “Woman, where are they? Has no one condemned you?”
“No one, sir,” she said.
“Then neither do I condemn you,” JESUS declared; “Go now and leave your life of sin.” *** John 8:1-11 (NLT)

For in my time, all I ever wanted in life I guess is to have a Wife and a Walton’s type family but no family is really like the very functional “Good Night John Boy” variety. Through the dysfunctional family that every family must have a degree within, like them we had but Joyce and still I had a life.
We had Twenty-Eight years together, as I have said; gone by in a blink of an eye. We traveled life’s roads and have been there and done that, made it through moments of pee your pants giggles, struggle and strife.

Events of horrors that did happen, did affect us all, as a matter of fact there was another event of horror that I never really got over. Though these horrors had a major impact and took a long time to learn to deal with. In the tradition of Joyce, I choose not to talk about them as that was her way of doing things.
Only one sister of Joyce, we feel comfortable with and need not gossip. This Sister and her family in turn walk the path of Christ better than most Christ followers whom I have known.
What is important for Joyce and I is that we did supported each other; through it all and that is what really matters!

A short time of my life on this earth was made much, much better with Joyce as she treated me like a King and I treated her like my Queen.
For 21 years as a small example, I brought her coffee in bed, even when I had 5 casts on my leg, one after another, through my cancer and post heart procedures. I would have crawled if I had up those stairs every morning, to bring that fresh cup of coffee to the woman whom I Love who brought me Love.

I in turn, I taught Joyce not fear water and to go swimming, feel safe on a water air mattress and she in turn taught me to have more of a sense of humor, yes twisted but tee he funny; non-the less. LOL
As Lovers, well let’s leave those memories in the Ken and Barbie doll realm, after all we do have children and grandchildren but let’s say, I am sure that we did put a smile on the Egyptian Sphinx.
We were one of the few couples of our age that I have seen, who could go for walks and still hold hands, the problem started during one of our walks. Joyce suddenly got a chest pain which she attributed to heart burn.

For others in this world, worry is usually recreational in nature but for me it is a lifestyle. Getting Joyce to go to a Doctor, was like pulling teeth from a chicken and baptizing cat hence; seeking medical care for Joyce would usually involve an ambulance ride at some terrifying point! Also, to obtain from one of those doctors a proper diagnose along with the Government of that time well, that is another story that my inner anger is still too hot yet to speak about.

Again, we worked and lived together and the down side to this at times was, yesterday’s disagreement could carry itself into the car to work with both of us silent but we were always eventually after much practice of silent rage; we were both able to say, “Kiss noise; Love You, Good Night” at the end of each day.

This verbal ritual was due to Joyce’s Boston Terrier Lucy, who did not like Joyce kissing Daddy good night. Yes, we could have gone after Lucy for that but it was always easier just to do a “Kiss noise; Love You, Good Night!” and it meant just as much as anyone else’s lip lock at the end of the day.
"No reason to get excited, "
The thief – he kindly spoke,
"There are many here among us
Who feel that life is but a joke
But you and I we've been through that
And this is not our fate
So let us not talk falsely now
The hour's getting late." B Dylan
https://www.youtube.com/watch?v=9AYuYpKs4E4
Love Blooms Just East of Revelstoke;
Part 6 by Richard Abbenbroek…
Posted by Sir Richard The Bayo-Hunter at 11:09 AM

Labels: Keith Urban-"But For The Grace Of God"