I AM BEING OPERATED ON AGAIN. 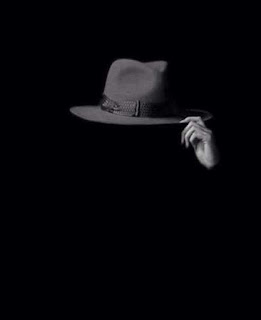 I AM BEING OPERATED ON AGAIN,
YET YOU WOULD THINK?
A person of Faith would have NO FEAR AT ALL!!! Yet I do, and my panic attacks, roll into me like the waves of an ocean shore one after the other.
62 years and I have found that most people change kind of slowly, if at all? They are who they are and then after a while, they're someone else, some never know the difference when it happens to them. Yet I put my life in the hands of man for this operation and not GOD but of the lesser, a Doctor .
Again, at the same time some people know the exact moment where their lives changed for better or worse such as myself, for this I do know.
Either they saw the person they were going to marry or, the look in their baby's eyes for that first time when he or she smiled back at you.
For some people, it's not the good things in life that made them have their lives change. It's something they've gone through that makes everything they look at from that moment on; seem very different from how it once had been.
I believe that some Fear, motivates us (or is it Stress), from dawn to dusk.
It has been said that there is no Fear but Fear itself, or so I have heard.
I was even once accused of creating Fear with the truth about one's Cancer. They asked and I carefully answered what they asked but I was damned by others none the less; my word against someones loss. Yet today, I still have no control over any of it!
Stress also each day makes us crawl out of bed, to catch the bus, climb those stairs begin your day!
Complete those tasks, be careful, watch over your shoulder. For in a blink of an eye. You are Fearful that you are losing your environment, a family member, or friends, most of all Love.
But are both of these just extremes, or are they just one in the same? FEAR AND STRESS???
GOD only knows, what really motivates us from dawn to dusk, FEAR AND STRESS.
BUT RIGHT NOW ANOTHER OPERATION HAS ME GRIPED BY ANXIETY. OH IT COULD BE SAID OF ME THAT I COULD HAVE DONE BETTER? Taken care of himself though he deserves it but the day will come when death looks all of you sanctimonious people straight into your own eyes and like the movie Mr. Black, he calls time and it is yours, and yours alone to now go and face GOD!
https://www.youtube.com/watch?v=x8QubLxJI54
Written in anxiety by,
Sir Richard...
http://bayo-hunter.blogspot.com/
Posted by Sir Richard The Bayo-Hunter at 5:29 PM