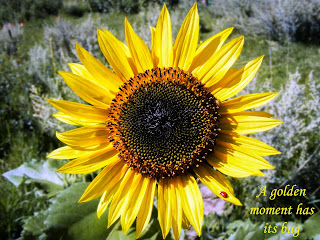 When everything in your life is right on track, it's easy to believe that things happen for a reason; it's easy to have Faith. But when things start to go wrong, really wrong then it's very hard to hold on to that Faith. It's hard not to wonder whose reasons or why these things happen for.

IMO my wife Joyce who was is suffering from Lupus, a Doctor informed her that her Lupus is thickening her lung walls (hence oxygen deprivation 24/7) and at the same time her Scleroderma is also hardening her lungs, causing one lung with less real-estate then the other to bump up against her heart which lead to a Heart Enlargement hence, Congestive Heart issues and eventual Congestive Heart Failure.

Most, patients with Sjogren’s Syndrome which is a disorder of your immune system often accompanies other immune system disorders, such as rheumatoid arthritis and lupus.
Joyce also had experienced those symptoms in conjunction with other diseases, which is considered secondary due to Sjogren’s. Antibodies are tags in your body that mark material (usually foreign) that your Immune Antibody system will then attack. However, in the case of autoimmune diseases such as Sjogren’s and Lupus, the antibodies tag your own cells to cause the antibodies to fail.

Joyce suffered Congestive Heart Failure and because of her previous Heart Attack, which caused the death of 15% of her heart, so we both guessed or we knew, that she will be with our Lord too soon such as; May 27th 2014…
The Doctors came up with a treatment with the suppression of her immune system using Prednisone which treats many different conditions such as allergic disorders, skin conditions, ulcerative colitis, arthritis, lupus, psoriasis, or breathing disorders, like Joyce’s also advanced COPD (what a stupid idea they had), and then the down side of this brilliant idea is that any common cold or bio infection will also kill her.

Dr. Richard Burt, an autoimmune disease specialist at Northwestern Memorial Hospital, is pioneering a possible for people living with autoimmune diseases such as Multiple Sclerosis and Lupus. Many of his patients no longer show signs of the disease and have had reversals in their symptoms the treatment costs $125,000 (U.S.).

Yet, Joyce is now with GOD.
So, Close, yet so far, a possible cure was Just,
East of Revelstoke; GOD Must Be Busy - more yet.
https://www.youtube.com/watch?v=_yx7-6xTlXo
Part 7 by Richard Abbenbroek…
Posted by Sir Richard The Bayo-Hunter at 11:24 AM