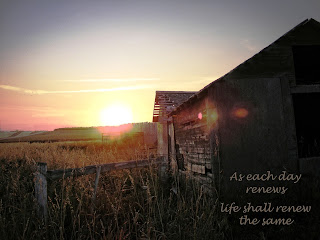 https://www.youtube.com/watch?v=ABYJo53mHHQ
I have found that most people change kind of slowly, if at all. They are who they are and then after a while, they're someone else, some never knowing the difference when it happens.
While at the same time some people know the exact moment where their lives changed such as myself, for this I do know.
Either they saw the person they were going to marry or, the look in their baby's eyes for the first time he/she smiled.
For some people, it's not the good things in life that made them have their lives change. It's something they've gone through that makes everything they look at from that moment on; seem very different from how it always once had been.
Again I am one of the latter groups of people, for from my experience I learned not only how to fear for real and to fear all the time but also how to channel this fear to help others.
People like to examine the things that frighten them, to look at them and give them names, so saints look for GOD, and scientists look for evidence. They're both just trying to take away the mystery, to take away their lack of knowledge that leads them to FEAR.
That's what I try and do by channeling my fear, just by the sharing of myself with others who are like me, who hopefully will pass it on and do the same.
Speaking for myself essentially, I am just a good listener. Although, I am not a trained social worker, psychiatrist, police officer or lawyer, I let the people who are like me know that just like them. I have already gone through the same Mists of Fear, Despair and Horror, as they. I/We offer them our hands, hearts, minds, prayers in support as we walk through these people’s “Mists of Fear” together.
Joyce came over to my place one night and I (Mr. Naive), thought it was to do with a Union matter. No, it was to do with fear, her fear and a finality of a much-failed marriage.
After my child was abducted and recovered, Joyce would help us out like picking up Santa photos from a mall that I had taken of Jessica for gifts etc. Maybe it was as a single dad that I impressed her or how I fought to recover my child; whatever the reason, Joyce felt safe being my friend for the last 7 years at that time.
That night a Sister and Sister In Law helped her to my place, and then Joyce asked if it was OK if her children were all part of a package? You could not have one without the other and though a challenge, I accepted. After all, eventually, I fell deeply in Love with Joyce and I eventually married Joyce but not her family except my Grandaughter. Again, they were just part of the package which I accepted, just as I accepted Joyce and she accepted me. After all, “If you can handle Richard in the morning, you can handle anything?” right Joyce?
https://www.youtube.com/watch?v=lPinN4TGCUc
In the Beginning Just East of Revelstoke;
Part 5 by Richard Abbenbroek….
Posted by Sir Richard The Bayo-Hunter at 8:35 AM