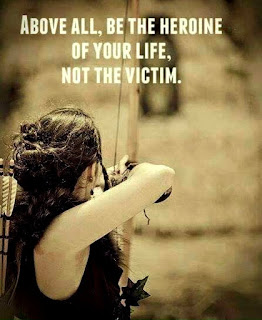 https://picasaweb.google.com/109511614403327642185/6277922594075300193?authkey=Gv1sRgCJetmMbTjvHCbQ#slideshow/6277922598074485874
Women from childhood are taught too much fear, a control issue for sure thought up by some male and this doubled down by his female parental counterpart.
Some people may call me a male feminist but we need more effort to promote basic human values, human compassion, human affection and in that respect, females have more sensitivity for others' pain and suffering.
So they need not fear, for as they step forward in life they will find; that they are stronger than the sum of their FEAR!
https://www.youtube.com/watch?v=KYcQDrgY6L0
In 2010 September, the Dalai Lama said something that ricocheted around the globe. He said that he is like me a feminist and he opined that Western Women will save the world.
The Dalai Lama, like his great friend Archbishop Desmond Tutu, does not mince words when it comes to women. He has said on numerous occasions that he inherited his prodigious compassion from his mother. He believes that women, with their nurturing instinct, are naturally more compassionate. He wants to see more female ministers of defence, and is delighted that Spain has one. If wars are a fact of life, then it would be better if women were in charge, according to him, since they are more likely to empathize with those who suffer during conflicts.
https://www.youtube.com/watch?v=dgjTO5eAbZY
Bullies and women abusers are in a small percentage born and I mean very small.
The majority of these abusive males are taught to disrespect women from birth and it has to stop!
Women also have a few non wall flowers amongst them too and are basically stink weeds, again also due to teaching of a poor parental figure.  This is a small percentage for in my life, what I have become and all that I am would never have happened without my late wife Joyce.
Plus the 600 females for 28 years and other women which I have had the pleasure to meet and influence me.
Which I have come to a point now in these last decades of my life; which I have become far more comfortable around women than men. For I truly, I believe that behind every man there's a Great Woman!
https://www.youtube.com/watch?v=eCqdrbiRxds
The photo collage link above that is titled “A WOMANS EQUALITY” by Sir Richard. These photos consist of some of other photographer’s captures of The Beauty of Women and my attempt of obtaining images of the many sorts of women that I could put together. To all of them I say; “Thank You” for allowing me to share your good work. Some photos are mine and in all of these photos, there are actual friends of mine, daughters and granddaughters who all share “A WOMANS EQUALITY”.

All my Lovin,
https://www.youtube.com/watch?v=twjKjcEO8qI
from Sir Richard…
http://bayo-hunter.blogspot.ca/
Posted by Sir Richard The Bayo-Hunter at 6:21 PM

Labels: Aretha Franklin - You Make Me Feel Like A Natural Woman, Martina McBride-A Broken Wing, Sarah McLachlan's-In the Arms of an Angel, The Beatles-All My Loving