THEY ARE NOT ME! 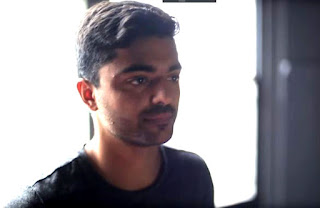 THEY ARE NOT ME!

Calgary Rapper's Anti Isis (daesh), Rap.
https://www.youtube.com/watch?v=2vBgqTPdnTo
Frustrated by rising Islamophobia in the wake of the ISIL-linked attacks in Paris, a Muslim rapper from Calgary decided to speak out.
A video that artist Bijaan Lalani posted online in November has picked up steam since last week’s bombings in Brussels—in seven days, the video racked up 2.6 million views, 51,000 shares and 28,000 likes on Facebook.
“It’s kind of overwhelming, if it could change one person’s mind, or make one person think differently, then it was successful for me. I’m blessed with how many people it’s reached.”
Bijaan found a way to capture what a lot of people are thinking but might be too afraid to say themselves.  He did it with such honesty and elegance and it gave it a lot of power.”
Raised in Calgary, Lalani has been rapping since he was a teenager and has performed across Western Canada, though his music is now on the back burner because of his studies.
He said he didn’t experience racism growing up but in the wake of recent world events, he has become frustrated be growing anti-Muslim views.
Reaction to the viral video has, for the most part, been positive and Lalani said he’s heard from several Muslims thanking him for saying what they’ve struggled to articulate.
He’s also received messages from strangers, including a man who said the lyrics opened his eyes.
Posted by,
Sir Richard…
http://bayo-hunter.blogspot.ca/
Posted by Sir Richard The Bayo-Hunter at 10:18 AM

Labels: THEY ARE NOT ME! by Bijaan Lalani.