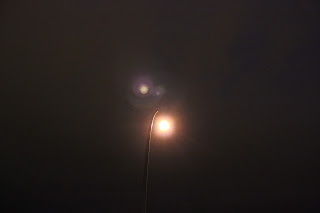 EVOLUTIONARY DESTINIES BY GOD
http://www.youtube.com/watch?v=90A-spXBJXU
165 Million Years Dinosaurs were the dominate creatures on the earth. Yes, I believe in the long version of GOD’s work that man tried give man’s interpretation through the Bible but really we did not get it right. So GOD probably read the bible and because it gave GOD’s basic message, He figured we would get it eventually so He probably said; I am the LORD GOD and I approve this message.”
So, Mammals though have been around on earth for 265 million years but for the first 160 million years Mammals are small rather obscure creatures running under the feet at night of the Dinosaurs. It was only in the last 105 million years that Mammals made any major impact on our planet. 60 million years less than Dinosaurs so why are there no Dinosaur societies or even Dinosaur astronauts? My guess is the length of evolutionary time has nothing to do with the creation of thinking beings but it was GOD who intervened and in both cases of evolutionary destinies.
After all, GOD’s perspective on time is far different from mankind’s as the LORD does not count time as we do. He is above and outside of the sphere of time. GOD sees all of eternity’s past and eternity’s future. The time that passes on earth is of no consequence from GOD’s timeless perspective. A second is no different from an eon; a billion years pass like seconds to the eternal GOD, so 6 days of creation?
If you consider that current thought is that man evolved from 15 Million years ago from Hominidae (great apes) separate from the ancestors of the gibbon (lesser apes). This could still easily fit into 60 Million years of the extra left over Dinosaur time so again, why no Dinosaur societies or even Dinosaur astronauts?
Just an Asteroid of 65 Million years ago, then one heck of a global extinction and 90 Million years later man starts to evolve just as GOD said; “Let us make mankind in our image, in our likeness, so that they may rule over the fish in the sea and the birds in the sky, over the livestock and all the wild animals, and over all the creatures that move along the ground.”
As no one today or for the last several 10’s of thousands of years can really tell what GOD does or does not do or even how but He is allowing us to learn! Add this to the above thought to the “Big Bang” theory of how this Universe was started and for me, you can see the hand of GOD in it all.
As God looked upon everything that He had made, He saw that everything was very good. It was a BLESSING! As viewed through GOD’s eyes, His very Creation was a manifestation of HIS LOVE and HIS GRACE for us all.
Amen?
This Opinion Was Written by,
http://www.youtube.com/watch?v=90A-spXBJXU
Sir Richard…
A knight in the service of the King of Kings
http://bayo-hunter.blogspot.ca/

Posted by Sir Richard The Bayo-Hunter at 11:52 AM

Labels: Nothing But The Water - Grace Potter and The Nocturnals