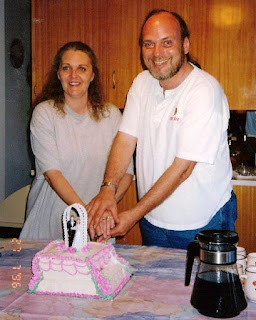 HAPPY ANNIVERSARY JOYCE!
Martina McBride Concert Photos by Sir Richard:
https://picasaweb.google.com/107280182513021931120/AMartinaMcBrideConcertFridayJuly24th2015PhotosByRichard?authkey=Gv1sRgCOXMy-e9vMqJYA#slideshow/6175812641780150594
Once upon a time my wife Joyce noticed my fascination (Noticed?), for the singer Martina McBride. Joyce said that she would only allow this one transgression from me, as she admitted that she was really fond of Conway Twitty.
https://www.youtube.com/watch?v=cAA_LUCb0QE
Joyce sadly could not make it to Martina's first concert on March 17th 2008 that we were to attend due to illness, so I took our eldest Granddaughter in Joyce's place.
We both watched Martina McBride perform through binoculars and I also took some photos. Basically our eldest Granddaughter was there, just in case I went crazy and threw myself on Ms. McBride's Stage. ;) https://www.youtube.com/watch?v=Cqc9JvD0nFQ
The second Martina McBride Concert July 19th 2010 is when I was told that due to Cancer I had 1 year to live and though also not well Joyce did attended this Concert but she sat behind the crunch of people at the Calgary Stampede Coca-Cola Stage. Our eldest Granddaughter once again, came with me to Martina's Stage with the duty of keeping me safe from myself. For we were even closer this time and I took even better photos of Ms. McBride I thought, as I am a "Photo, Want To Be Novice."
Now the above link for the photos from this last Friday’s July 24th 2015 Martina McBride Concert = “I WAS FRONT ROW” and as I could not afford an extra ticket for our now “Young Adult Granddaughter” I went by myself.
Though my seat was right up in front of Martina McBride's Stage and YES; I restrained myself, though I did get to shake Ms. McBride's Hand at the end of her performance! :)
Well, I have yet to die from this Cancer and the kicker is really on me.
For today was our Wedding Anniversary and Joyce can now visit and listen all she wants to Conway anytime. For they are both with JESUS and yet all I have, are these few photos of my Love Joyce and my favourite singer Martina.
SO HAPPY ANNIVERSARY JOYCE!
KISS NOISE, ALWAYS LOVE U AND GOOD NIGHT! :)
With LOVE from your STM - Sir Richard…
http://bayo-hunter.blogspot.ca/ 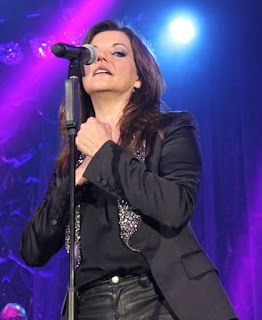 Posted by Sir Richard The Bayo-Hunter at 8:00 AM