THEY BE MARTYRS - THE SOUTH CAROLINA 9 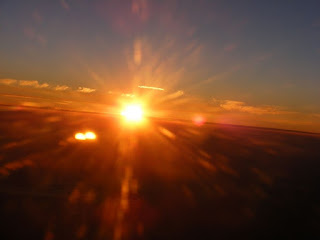 THEY BE MARTYRS - THE SOUTH CAROLINA 9
https://www.youtube.com/watch?v=7pNBWJFFzuY

I cannot believe that in this day and age; Bigots in North America still continue to thrive. I remember asking my Dad in 1960's about the news on TV "Why are they spraying water at those people and making the Police Dogs go at them?"
Fifty years later I wonder, did we not learn from Martin Luther King Jr. or Nelson Mandela anything? The continuous violence and hatred of those of different colour etc., seems to continue decade after decade on and on.

1 Peter 5:8-9 8 Be alert and of sober mind. Your enemy the devil prowls around like a roaring lion looking for someone to devour. 9 Resist him, standing firm in the faith, because you know that the family of believers throughout the world is undergoing the same kind of sufferings.

The dictionary defines a martyr as “a person who is killed because of his religious or other beliefs.” Interestingly enough, the English word martyr is really a word transliterated from the original Greek martur, which simply means “witness.” The reason why this word became synonymous with dying for one’s religious beliefs is that the early Christian witnesses were often persecuted and/or killed for their witness.

MARTYRED: Rev. Clementa Pinckney went home along with; Mira Thompson, Daniel Simmons Sr., Depayne Middleton, Ethel Lance, Susie Jackson, Sharonda Coleman-Singleton, Cynthia Hurd, Tywanza Sanders. John 20:29 Then Jesus told him, “Because you have seen me, you have believed; blessed are those who have not seen and yet have believed.” May GOD give strength to those left behind and may GOD bless those who resist creating more violence!


“Father GOD we are praying for You to change the hearts of those who have been raised on extremist thoughts and hate of any kind. That one day, there will be on this broken world a generation who will be different from us now.”
Amen…
https://www.youtube.com/embed/J8-SwvnEVN8
Posted by Sir Richard
http://bayo-hunter.blogspot.ca/
Posted by Sir Richard The Bayo-Hunter at 8:05 PM