BEWARE OF THE GUNS OF AUGUST 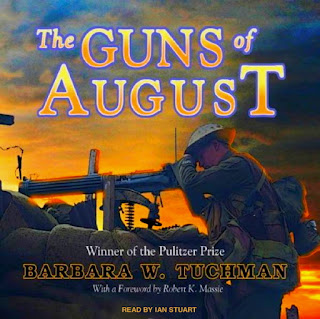 BEWARE OF THE GUNS OF AUGUST

"THOSE WHO CANNOT REMEMBER THE PAST ARE CONDEMNED TO REPEAT." George Santayana (1863-1952)

The trigger event that caused World War I was on June 28, 1914 in city of Sarajevo. Serbian terrorists on that date ambushed and murdered the heir apparent to the throne of Austria-Hungary, the Archduke Franz Ferdinand, age 50, and his wife Sophie, Duchess of Hohenberg (the former Sophie Chotek), age 46, mother of three. European-wide diplomacy and military preparations during July are then referenced.
On 28 June 1914, Archduke Franz Ferdinand of Austria, heir presumptive to the Austro-Hungarian throne, and his wife, Sophie, Duchess of Hohenberg, were shot dead in Sarajevo, by Gavrilo Princip (Gavrilo Princip (Serbian Cyrillic: Гаврило Принцип, pronounced [ɡǎʋrilɔ prǐntsip]; 25 July [O.S. 13 July] 1894 – 28 April 1918), one of a group of six Bosnian Serb assassins coordinated by Danilo Ilić. The political objective of the assassination was to break off Austria-Hungary's south-Slav provinces so they could be combined into a Greater Serbia or a Yugoslavia. The assassins' motives were consistent with the movement that later became known as Young Bosnia. Serbian military officers stood behind the attack.
The Guns of August tells of the manoeuvres by the leading politicians of the day, diplomatic affairs of each country, and actions undertaken by various armies, during the opening days of the war, August 1st to August 4th. Covered is the Kaiser's hesitation, the struggle by Russia to ensure her ally France would join in the war to help punish Serbia, France's attempts to win a guarantee from Britain of her involvement, if and when Germany's ultimatum was sent to Belgium.
http://www.youtube.com/watch?v=GJtq6OmD-_Y

EVENTS FROM THE BULLET THAT SHOOK THE WORLD
• June 28, 1914: Serbian irredentists assassinate Archduke Franz Ferdinand of Austria.
• July 23: Austria-Hungary, following their own secret enquiry, sends an ultimatum to Serbia, containing several very severe demands. In particular, they gave only forty-eight hours to comply. Whilst both Great Britain and Russia sympathised with many of the demands, both agreed the timescale was far too short. Both nevertheless advised Serbia to comply.
• July 24: Germany officially declares support for Austria's position.
• July 24: Sir Edward Grey, speaking for the British government, asks that Germany, France, Italy and Great Britain, "who had no direct interests in Serbia, should act together for the sake of peace simultaneously."
• July 25: The Serbian government replies to Austria, and agrees to most of the demands. However, certain demands brought into question her survival as an independent nation. On these points they asked that the Hague Tribunal arbitrate (Todays United Nations).
• July 25: Russia enters a period preparatory to war and mobilization begins on all frontiers. Government decides on a partial mobilization in principle to begin on July 29.
• July 25: Serbia mobilizes its army; responds to Austro-Hungarian démarche with less than full acceptance; Austria-Hungary breaks diplomatic relations with Serbia.
• July 26: Serbia reservists accidentally violate Austro-Hungarian border at Temes-Kubin.
• July 26: Russia having agreed to stand aside whilst others conferred, a meeting is organised to take place between ambassadors from Great Britain, Germany, Italy and France to discuss the crisis. Germany declines the invitation.
• July 27: British Foreign Secretary Sir Edward Grey meets the German ambassador independently. A telegram to Berlin after the meeting states, "Other issues might be raised that would supersede the dispute between Austria and Serbia…as long as Germany would work to keep peace I would keep closely in touch."
• July 28: Austria-Hungary, having failed to accept Serbia's response of the 25th, declares war on Serbia. Mobilisation against Serbia begins.
• July 29: Russian general mobilization is ordered, and then changed to partial mobilization.
• July 29: Sir Edward Grey appeals to Germany to intervene to maintain peace.
• July 29: The British Ambassador in Berlin, Sir Edward Goschen, is informed by the German Chancellor that Germany is contemplating war with France, and furthermore, wishes to send its army through Belgium. He tries to secure Britain's neutrality in such an action.
• July 30: Russian general mobilization is reordered at 5:00 P.M.
• July 31: Austrian general mobilization is ordered.
• July 31: Germany enters a period preparatory to war.
• July 31: Germany sends an ultimatum to Russia, demanding that they halt military preparations within twelve hours.
• July 31: Both France and Germany are asked by Britain to declare their support for the ongoing neutrality of Belgium. France agrees to this. Germany does not respond.
• August 1 (3 A.M. in Britain): The King of Great Britain personally telegraphs the Tsar of Russia.
• August 1: French general mobilization is ordered.
• August 1: German general mobilization is ordered.
• August 1: Germany declares war against Russia.
• August 1: The Tsar responds to the king's telegram, stating, "I would gladly have accepted your proposals had not the German ambassador this afternoon presented a note to my Government declaring war."
• August 2: Germany and The Ottoman Empire (Todays’s Turkey) sign a secret treaty. entrenching the Ottoman-German Alliance.
• August 3: Germany, after France declines (See Note) its demand to remain neutral, declares war on France. Germany states to Belgium that she would "treat her as an enemy" if she did not allow free passage of German troops across her lands.
• August 3: Britain, expecting German naval attack on the northern French coast, states that Britain would give "…all the protection in its powers."
• August 4: Germany invades Belgium according to the modified Schlieffen Plan.
• August 4 (midnight): Having failed to receive notice from Germany assuring the neutrality of Belgium, Britain declares war on Germany.
• August 6: Austria-Hungary declares war on Russia.
• August 23: Japan, honouring the Anglo-Japanese Alliance, declares war on Germany.

CENTRAL POWERS:
On one side were the Central powers. Italy is sometimes nominally included as a Central Power because of her membership in the pre-war Triple Alliance with Germany and Austria-Hungary. However, when fighting broke out Italy decided to sit out the fighting. In May 1915, Italy joined the enemies of the central powers, instead.

POWERS INVOLVED WITHOUT DECLARING WAR:
Five nations broke off relations with the central powers, but did not declare war. Of these Uruguay went the furthest by seizing German naval vessels.

LUXEMB0URG:
Luxembourg was over-run early in the war and readily accepted German control. It is often listed on one side or the other. They never declared war either way.

2012 IN TODAYS NEWS
An un-named terrorist group assassinates a high ranking member of the Government of…
http://www.youtube.com/watch?v=UkPhGRQzboE

A Thought For Everyone As War Is Just A Shot/I.E.D. Away.
From,
Sir Richard…
http://bayo-hunter.blogspot.ca/ 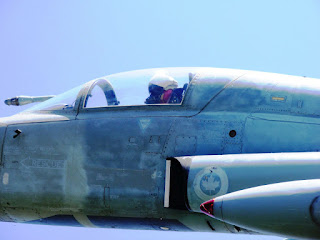 Posted by Sir Richard The Bayo-Hunter at 11:03 AM