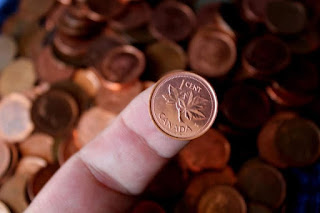 FIVE YEARS AGO ON MAY 7th 2014 HOW JOYCE NARROWLY ESCAPED DEATH FROM BLOOD POISONING?
https://youtu.be/1SiylvmFI_8


E. Coli lives in the gut of everyone and it is normally controlled by other good bacteria, which prevents it from causing problems but sometimes E. coli can get out of the gut quite randomly and then multiply because there are not other bacteria to prevent it doing this.
That's when it can cause massive infection, often in the form of Blood Poisoning, or Sepsis. This is because most people are not seeking treatment quickly enough; when she start to have symptoms such as a fever and trembling.

E. Coli or so I was told later, was something of a potential cause when a person begins to feel unwell a couple of days before near collapse.
When the infection started she felt a little shaky in her arms and legs, as if they were trembling very slightly, and she also felt a little short of breath.
The following day she was in the hospital again and felt quite well but by that evening her limbs again suddenly started shaking severely.
Realizing such excessive shivering known medically as rigors was a sign of a high fever according to Hospital Staff.
Joyce was coming down with something and her face was terribly flushed she suddenly found herself unable to catch her breath properly. The infected usually are gasping for breath which is very terrifying!

All one knows is that when your breathing is that bad it can be also a sign of heart failure, this is when you need an Ambulance! Once in the Hospital it is revealed that her body was fighting a massive infection.
One test which measures the amount of a protein in the blood show that high amounts are linked to an infection produced a result of 384mg per litre of blood. A normal result is five mg or under.

You are usually immediately prescribed strong antibiotics through a drip to battle the infection.
Normally, one usually cannot stop shaking and part of your mind goes blank too. You don't think of the how and why of the situation.
You just think: "Please Help Me!"
Test results together with scans of her kidneys, abdomen and chest revealed that Joyce had been struck with a virulent infection triggered by E. coli in the body.
The bacteria, which normally live in the colon, had without any obvious cause escaped the intestine and moved to the kidneys/bladder from where it has entered the blood stream.
This then triggered Sepsis or Blood Poisoning, which is caused by the body's response to the infection. Rather than helping to get rid of Sepsis, the Immune System makes it worse by releasing a high number of infection fighting proteins known as cytokines. These proteins, rather than detecting the infection, cause damage to the organs of the body and affect blood circulation.

After a few hours the antibiotics kicked in, then Joyce's shaking had stopped and she started drifting in and out of sleep. During this time the lab results which confirmed the blood poisoning which had been caused by E. coli. I was noting down this all I could for something to do other then comfort as I had been awake for the last 48 hours.
As a observer I was absolutely shocked at the sheer randomness of it.
It's quite frightening how it can strike at any time and there's nothing you can do about it!
Especially if one has had Sepsis before which she had in the form of flesh eating disease in 2008 so she was then prone to Sepsis that would strike anywhere on her body.
Though this type of E. Coli infection can strike anyone, children and the elderly are more vulnerable as their immune systems are not as strong.

The only after-effects of this illness were tiredness and weakness.
To help boost their health after you now have to take probiotic drinks twice a day.
Probiotics claim to increase the number of healthy or good bacteria in the gut. "Good" bacteria in the gastrointestinal tract are part of the body's immune system. The gut contains more immune cells than anywhere else in the body and these help to prevent bad bacteria from growing in the bowel or entering the body through the wall of the intestines to cause infection.
Drinking two to three litres of water a day to flush out bad bacteria and also drinks if two glasses of cranberry juice, as research suggests components in the juice may disable E. Coli bacteria.

Sepsis kills up to 50 per cent of sufferers partly because it strikes so quickly and the infection overwhelms the body. If I hadn't called that Ambulance and the Hospital had not given the right treatment, Joyce could have been dead within 24 hours…
Yet the worst was yet to come and I was in denial, as I am no Doctor.
Joyce came home as this was her wish not to be in a Hospice.
GOD knew, as He was ready to call Joyce home and on May 27th He did. AMEN.
https://youtu.be/AjnJDBHmN18
This memory and Photo is by,
Richard Abbenbroek.
http://bayo-hunter.blogspot.com/
Posted by Sir Richard The Bayo-Hunter at 6:00 AM

Labels: My Heart Will Go On - Céline Dion., Sarah McLachlan - In the arms of an angel