A POSSIBLE OCTOBER NOVEMBER SURPRISE? OR IS THIS…? 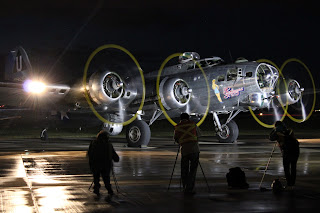 A POSSIBLE OCTOBER NOVEMBER SURPRISE?
OR IS THIS…?
http://www.youtube.com/watch?v=UkPhGRQzboE
If Israel feels the last red line has finally been crossed by Iran it may choose to now, before or after the November Presidential Elections in the U.S. during what is called a New Moon (or there is “NO” Moon That Night) or what was referred to 70 years ago, as a Bomber’s Moon.

The term “Bomber’s Moon” refers to a bright full moon which illuminates the Earth almost like daylight. This idiom dates to the Second World War, referencing the idea that pilots used the light of a Bomber's Moon to help and zero in on their targets. Most modern day surprise attacks in warfare now occur at night, in darkness, during what is called now days as a New Moon, or “NO Moon That Night”. Taking advantage of current high-tech imaging and reducing the likelihood of ground based systems to visually see the attacking aircraft. The darkest of nights occur during as I said; during the New Moon or todays “Bombers Moon”. During October the New Moon falls on the 15th the next date is just after the U.S. Presidential Elections on November 16th 2012.

If such an attack were to occur, expect OIL prices to skyrocket for a bit, at least temporarily. Though what is even more worrisome is the probability of others being drawn into this War will be HIGH! Whom I am talking about is Russia, China, Pakistan, India, NATO, Canada and the U.S., perhaps indirectly at first… but who’s to say what the heat of WAR may bring next, this of course is just my opinion for all of this which I have just written. http://www.youtube.com/watch?v=WH6UnvSlahc

The Middle East has been in turmoil seemingly forever, but now more than ever. We all know the commodity that resides under the sand there which raises the stakes of battle. Could an Israeli attack and or an Iranian Built Nuke spiral this regions conflicts out of control?
For I am really just saying, for all of us to; “TO PRAY FOR PEACE!”

“GOD of Power and Mercy, only YOU can destroy war and put down mankind’s earthly pride. Banish violence from our midst and wipe away our tears that we may all deserve to be called YOUR sons and daughters. Amen.”

Destiny is to believe that a life was meant for a single purpose; from this you must also believe in a common fate. From father to daughter, brother to sister, mother to child. Blood ties can be as unyielding as they are eternal but it is our bonds of choice from GOD that truly lights the road on which we travel. Love versus hatred, Loyalty against betrayal… A person's true destiny can only be revealed at the end of his/her journey and if we want “PEACE” the story that we all have to tell is, that we all “ REALLY WANT PEACE” for then, our story is far from over. http://www.youtube.com/watch?v=V0kbC0hQHRg
THE END…
By Sir Richard…
http://bayo-hunter.blogspot.ca/

Posted by Sir Richard The Bayo-Hunter at 1:21 PM