UNDERSTAND MY FIRST STEPS AS A VOLUNTEER FOR MISSING CHILDREN 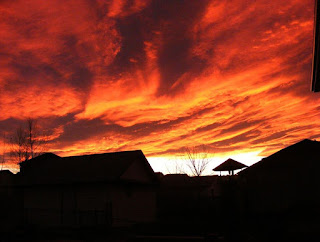 UNDERSTAND MY FIRST STEPS AS A VOLUNTEER FOR MISSING CHILDREN
https://www.youtube.com/watch?v=llq4VU8Cl9A
1989 – So a friend of mine told the abductor of my Daughter: “Listen, and understand, because you abducted Richard’s youngest daughter. That he is mad as hell and what has surprised us all, he has acted really fast hunting for you out here. One thing for sure is; he can't be bargained with. He can't be reasoned with. For what you did he doesn't feel pity, or remorse, or fear and he will absolutely not stop, ever, until he recovers back his child! Then he will do whatever it takes to try & see that you’re locked up behind bars for a very long, long time!” So you better return her and or make peace cause I am just saying…

https://youtu.be/mpYzO6bZMTs
Here I am again, alone another memory date and as always, it’s hard to decide where I should start and at the same time very easy for it’s all there. All the memories - pain, fear, stress etc. - are just a recalled flashback away!
My story started simply enough: a failing marriage with a spouse who threatened to leave at any moment and with the spoken and unspoken threat of, “when I leave you will also never see your daughter again!”
Boom! It happened and as I was too close to realize it, or I did not want to believe, for I was taken by surprise!

I shall not go into the reasons or the mental avalanche that I went through. It was hard 29 years ago, for as a male I was told by one Police Officer; “To be happy, that since the old lady and kid were gone, why I don’t go have a beer?”
At the same time I am a male and the stigma of my gender and at that time, people thought I must have done something wrong to bring this about. Hey, you’re a male, just for that alone, you probably deserve it!

The fact is that I did not deserve it and no one, female or male deserves it, ever!!
My main concern was for my child because the person who had her in my opinion was mentally ill and a drunk and safety of my daughter was paramount. This person did not take and deny me my daughter because she wanted exclusivity. She took her to extract some sort of warped infliction of pain on me. The proof of this is that in the 29 years plus since I got my child back, she has never tried once to see our daughter. Not that you cannot find me either, as I am not that hard to find or that she was denied visitation, just unsupervised visitation.
For the parents like me who have lived through this hell, they know what I am talking about. We are all members of an exclusive club (family if you like), that has the highest entrance dues imaginable: the temporary or permanent loss of your own child. Imagine that your own flesh and blood child taken due to whatever horror that one can come up with.
After my youngest daughter was returned to me I wanted to repay those who helped me, through all of this!

Eric Sommerfeldt at Child Find Alberta listened to all my rants, frustrations and pain; he did so with Great Patience during all hours, many days and through many tears.
Even through hard work and a steep learning curve for myself, in a system that at that time had all the odds stacked against me.
I was blessed with the return of my youngest daughter.
Mostly I had help through prayer, my co-workers, family, friends, lawyers, judges, even police and many people who I would never have met if not for this tragedy.
For back then, I had made 2 promises to the GOD, that if my prayers were answered and my daughter was returned to me safe and sound, then I would make sure that no one I ever came across would have to go through this horror the hard way, like I did. Promise 2, is that I would also become a follower of Jesus Christ.

From 1989 on, I helped out with finger printing other people’s kids for Child Find Alberta. That was nice and my youngest daughter had fun helping out as well. It was not really what I wanted to do though and it did not fill the parameters of my self – made promise.
I nagged and nagged the Child Find Alberta Office and In 1991 I became a card carrying volunteer of Child Find Alberta.
I was trained by Dave Credland to be a volunteer Case Manager for parents of all missing children. I was on call 24 hours a day and seven days a week, for Alberta, British Columbia, N.W.T.'s and the Yukon.
At the time I assisted parents in exploring their options to locate their children. Giving them emotional support while and taking their information for Child Find Alberta, for essentially I am just a good listener.

Though I am not a trained social worker/psychiatrist or lawyer, what I do let them know is that I am a parent. Who like them, has already gone through the same fog of despair of a missing child. I give them my hand and together, we walk as far as we can.
After I gathered the necessary information I send it to the full time week day Staff and Investigative Unit via whatever means possible. From that point the full time week day, Case Managers then set up appointments and started the process to hopefully recover the Missing Child.
Since then, I have taken 300 plus calls all hours of the day and night and in some of the strangest places.
Once, I was out of town and on a power pole assisting in the installation of a new power line to my family’s new garage. I was passed up a cell phone by my sister with a distressed parent of a Missing Child on the other end. I relied on my memory of the conversation to write my report. At that time of Child Find Alberta’s operations, I was afraid that I would lose the call, if I moved or hung up for a moment. So I stayed on my power pole and the bonus was that I also had a great view of the Rockies!

One of my scariest calls and we all have one, is a call that I received at 3 AM from a young man who informed me that he had run away from out of province and he had just arrived in Calgary. He went on to inform me that he was getting no help from anyone even though he was a reported “runaway”. The Police and drop in centers would not help him and I was his last resort!
With help from my late wife I was able to contact the Calgary City Police Services and they were going to send a car around to this young man.
He threatened suicide if I did not come down to where he was and help him out. I explained that I could not come down to where he was and that the Police would soon be there to help him out. Then he abruptly said well, “That’s it!” “Thanks for nothing!” “My death will be on your hands” and he hung up.
We both (my wife Joyce and I), sat there in the dark enveloped in the chilling silence and just did not know what to do.
The Police dispatch said that a car was to be dispatched but how long would that take and was this young man still at that location??
Both my wife Joyce and I just stared at each other and I was torn about going to him or not but that was not in my training, as I had done all that I could do.
I did not sleep much that night and the next day I was informed by Dave Credland that when the Police arrived at that young man’s location.
That there was not just one young person there, like we thought but also several others. Who, if I ignored my training and went to personally assist him, they would have promptly mugged and robbed me for my efforts. This young man not only was a runaway from out of province but one with a long list of outstanding violent arrest warrants to his credit.
These are again just two of my bizarre stories that we, who do this kind of volunteer work sometimes come across.

Through all of these calls and experiences I was lucky enough to keep my promises.
Which again was to make sure that no-one whom I ever came across, would have to go through this horror the hard way, alone like I once did.
I then had the honor in March 2003 to be chosen to attend training and become a member of an organization called Team H.O.P.E. (Help Offering Parents Empowerment) for 10 years (2003-2013) I was a volunteer for the National Center for Missing and Exploited Children's Team HOPE (Help Offering Parents Empowerment). Since then combined with Child Find Alberta work I made nightly calls to over 408 Parents and assist them in the recovery of their Missing Children, again starting with Child Find Alberta and then through Team Hope of the National Center of Missing and Exploited Children. The NCMEC is the U.S.-based center that was co-founded by Patti Wetterling, Abby Potash and John Walsh of America's Most Wanted after the murder of his son Adam.

I took all calls related to Missing Children, North America and also, International. I was able to handle these through the extensive training that I received. Also I was proudly part of the team called the “Grief Busters”, which is Team H.O.P.E.’s most western group of volunteers.
From which, I have brought these new skills to Child Find Alberta and I use them regularly. For I now have more knowledge to offer and I am making great headway to keeping my self-made promise. For my promise continues and will probably continue till I do not.


Also in 2004, I became a Christian at Center Street Church, to keep my second part of my 2 promises. From here at Center Street I again volunteered I was able to take the little bit of computer knowledge and use it to help build a Computer Lab at the High School in KwaZulu-Natal Province, Bhekulwandle South Africa. Through Samaritan’s Purse Canada, I went to the Gulf of Mexico (Mississippi & Louisiana) and I assisted in the recovery of 70 Hurricane Katrina ravaged homes. I am very proud of all this and I am also in awe at how far I have come since I was the very distraught parent of Missing Child 29 plus years ago.
https://www.youtube.com/watch?v=UFpaHMqz0nM
Posted by Sir Richard… http://bayo-hunter.blogspot.ca/ 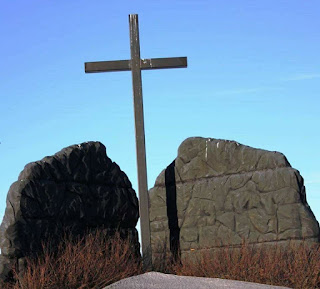 Posted by Sir Richard The Bayo-Hunter at 9:52 AM

Labels: Dixie Chicks - Not Ready To Make Nice, Phil Collins - In The Air Tonight, The Hollies-Pay You Back with Interest 1967, The Police - Every breath you take