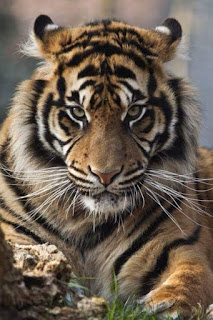 Just imagine, it late at night and someone breaks into Richard's house. Richard has his new 9mm Beretta ready to go but it matters not, as the intruder can not turn any light switch on to see what the heck is making that deep breathing sound? Every now and then he also thinks he sees a rope flick in the darkness like an annoyed kitty would make but a kitty that big??
Kitties ears are in the back position, claws stretching out and in, muscles coiled powerfully taught as Kitty is very territorial and takes good care of his human Richard.
The home invasion person now knows what the moving rope and deep breathing is, as 1+1 = and too late!
Oh, well... https://youtu.be/btPJPFnesV4
KITTY by Sir Richard...
Posted by Sir Richard The Bayo-Hunter at 1:29 PM

Labels: Survivor - Eye Of The Tiger