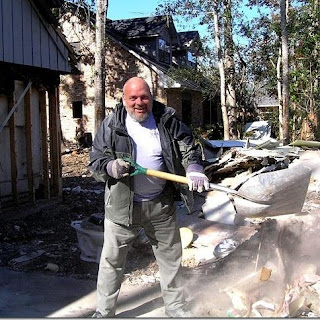 MY HURRICANE KATRINA STORY
NOW 12 YEARS LATER
By Richard Abbenbroek…
https://photos.google.com/…/AF1QipN3-BTsx4mY5TaAaVB6K0aoxHP…
On August 29th 2005 a Hurricane with a force 4 rating hit the US Gulf of Mexico coast. The eye of this Hurricane Katrina passed over Waveland Mississippi, a small bedroom community that is located to the west of Gulfport/Biloxi Mississippi.
29,000 homes were destroyed in some form and a total of 400,000 homes up and down that entire coast from Alabama, Mississippi, and Louisiana to Texas.
I watched in horror of the images on the TV and was shocked and moved to compassion for the poor people who were suffering.

At my Church (Centre Street Church) we are taught to “Love Thy Neighbour” and when I found out that we were sending a team with Samaritans Purse Canada, I jumped at this chance to Volunteer and help out.
These are few shortened passages of my journal entries of my experience:

November 19th, 2005.
I am at the airport and I miss my family already. Besides feeling excited and not knowing what I am to really expect I have my fear of flying to deal with in a few moments.
“Whew!” I survived another plane trip and our second connection was made easier to handle, thanks to the good humour of a Steward named Jennifer in the second Continental Airlines flight from Houston to Gulfport/Biloxi.
As soon as we arrived Samaritans Purse Canada gave us an orientation and then took us on a quick tour of the effected areas in Gulfport.

We passed through many National Guard and Police check points that we had to show our pass privileges to enter.
From the beach and back as far as 20 blocks all that you could see was a garbage pit of people’s lives.
I even saw a house that had floated in a 35 foot deep storm surge to finally rest itself onto railway tracks a mile away from its original location.

They say there are still deceased people who have not been recovered yet in the debris field!
Cell phone contact today is down again as the towers are still not working well. Most of them have been destroyed and landline use is limited.
CB radio traffic is for mostly the Military to use but we can use it when needed, if we follow the proper procedures.
I was up most of the night before and I miss my wife Joyce and family, and I am very tired. Lights out is at 11PM but I do not think that I will make it past 10PM.

November 20th, 2005.
Today we did our first of many “Mud Outs” of a home and how this name explains it all.
The house was in less than 30 feet of water in this area and the mud was up to 5 inches deep, everything was dirty, stinky and bad!
This was not the worst for the fridge had been without power and full of food since August 29th/05. Dripping out of this smelly box of gut wrenching smells is what we termed as fridge juice. The reason we wore spray paint masks and gloves (complete with surgical gloves underneath) was because of the very toxic, noxious smells and mould located everywhere.
We could see a TV that must have been floating in the water because it was no longer on its stand. Pots and pans, vacation trinkets, everything that was once someone’s possessions scattered about and it reminded me of home.

We removed everything from this house from ceiling to floor down to the studs. After which we sprayed bleach to arrest the mould from growing more. Once down to the studs then it would be re-inspected and more active mould removal could take place before new dry wall was added.
Everything that we took from the home except for tubs and toilets and sinks that was salvageable was put into a pile in front of the house by the street for the US Army Corps of Engineers to take away.
We did this every day all day from 8AM to 5PM when the sun gave us no more light, as the streetlights were all gone.
I cannot imagine doing this clean up in hot weather! As it is, I am being eaten alive by tiny bugs called “No See Ums”. These tiny pests live to lick off deep woods off and then, to add insult to injury, they bite you!

November 21st – December 3rd, 2005.
I have done a lot of research for this trip but nothing has prepared me for any of this!
The work is very hard and much harder then I am used to. I am fed well and I sort of sleep at times as the thoughts of the day sort of invade my thoughts before bed.
I finally was able to call home as the cell towers are starting to come back on line.
Only the strength of prayer has pulled me through all of this as I have seen a car with flowers on the windshield. The story about the car is that: I was on my lunch break and as I stood looking at the car wondering about the flowers, a local walked by and said; "If you all want the story about that car, well, a lady done lost her life in that car, a-huh”, hence the flowers.
One day I stood in an area that once held a Condo unit. I knew that I was working in a landfill and at times I could feel that I was also in a cemetery.

For some reason earlier that day I could feel that we were near dead people! I did not know how or why I knew, so I just got down on my knees and prayed for them.
Later that afternoon the Coroner came by and was ticked that we had moved part of the debris field to get into this home. It was then I knew that I was totally correct in my feeling of the dead being near by.
The Coroner informed us that in this location 10 people were still missing and what we were to look for and if any more rubble was moved we were to call the Coroner to be present. Note: “A body was found the next day in this location under the rubble behind the house that we were working on.”
So much devastation so much to do and I feel like a changed man after this experience. We worked on 70 homes in our 2-week tour of duty in Mississippi for our Lord. A drop in the bucket to be sure but Samaritans Purse plans to keep sending team after team to this area until not needed. https://www.youtube.com/watch?v=6uLtyzRgmyI
Martina McBride - Anyway 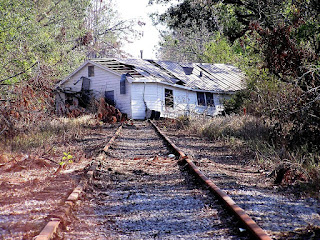 Posted by Sir Richard The Bayo-Hunter at 9:14 AM