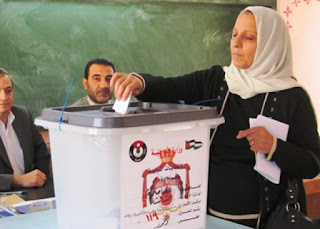 GOOD GOING MY BROTHER JAMES HART FOR MANY JOBS DONE WELL!
http://www.youtube.com/watch_popup?v=40U0URLnXIQ
Washington, DC − IRI today announced it will send a delegation to Jordan to observe the January 23, 2013 parliamentary elections. Delegates from Canada, the Czech Republic, the Netherlands, Poland and the United States will travel to Jordan to monitor voting and ballot counting throughout the country. Following the voting, IRI will issue a statement on the findings of the delegation.
The delegation will be led by Gahl Hodges Burt, Vice Chair of the American Academy in Berlin and a member of IRI’s Board of Directors; and Agnieszka Pomaska, member of the lower house of the Polish Parliament and chair of the European Affairs Committee.
Other members of the delegation are:

Petr Bratský, member of the Czech Republic Senate;
Christopher Carr, Vice President at J.P. Morgan;
Darryl Gray, former member of the Canadian Parliament;
James Hart, former member of the Canadian Parliament;
Steve Heydemann, Senior Adviser for Middle East Initiatives at the United States Institute of Peace;
Tami Longaberger, Chief Executive Officer of the Longaberger Company, member of IRI’s Board of Directors and Chair of the Arab Women’s Leadership Institute’s Board of Directors;
Matt Rhoades, former Chief of Staff to Governor Mitt Romney;
David Schenker, Aufzien Fellow and Director of the Program on Arab Politics at the Washington Institute for Near East Policy;
Christopher Tuttle, Director of the Washington Program at the Council on Foreign Relations; and
David Vriesendorp, Member of the Board of Directors of the Eduardo Frei Foundation in the Netherlands.

Prior to the elections, delegates will be briefed by Jordan’s Independent Election Commission, Jordanian nongovernmental organizations and parliamentary candidates. Delegates will also be briefed on the rights and responsibilities of international observers, the Jordanian Code of Conduct for election observers and Jordanian election law. Delegates will then be deployed throughout the country where they will observe the polling process and identify strengths and weaknesses in Jordan’s election system, including campaign regulations, drawing electoral district boundaries, the balloting process, vote tabulation and reporting.

IRI staff will also serve as observers and assist in the mission. IRI staff will be led by Judy Van Rest, Executive Vice President of IRI; Scott Mastic, Director of Middle East and North Africa programs; and Jeff Lilley, Resident Country Director for IRI in Jordan.
IRI also deployed three teams of long-term observers in November to monitor the elections throughout the Kingdom. Long-term observers are meeting with government officials, political campaign representatives, civil society activists and election stakeholders. They will also monitor voting and ballot counting on Election Day, and the adjudication processes and resolution of complaints following the elections.
Since 1983, IRI has monitored more than 150 elections in more than 46 countries, including Jordan’s 2010 parliamentary elections.

This GOOD NEWS posted by,
Richard…
http://bayo-hunter.blogspot.ca/
Posted by Sir Richard The Bayo-Hunter at 11:12 AM